10 Reasons Why We Love Newcastle

Cultured, Inventive, Stylish...Newcastle has it all! 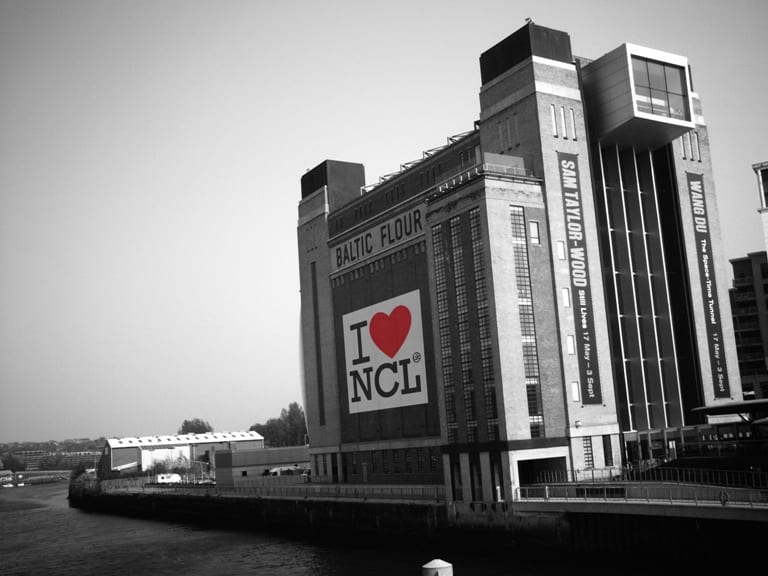 Newcastle is unique. Whether you live, work, went to university or have visited Newcastle, you’ll know what we mean. Named the’ New Capital of Britain’ by The Times, there’s so much to love and so much our fair city is famous for.

Cool, Cultured, Cosmopolitan and Canny. You’d be forgiven for overlooking that the people are a significant factor in making Newcastle so special. This last 10 years has been Newcastle’s time. Courageous spirit, togetherness and the integrity of the people is infectious. It’s the courageousness and individuality of Geordies that gives Newcastle its identity. In light of this, here are ten good reasons, why we Love Newcastle.

Stephenson’s Rocket was an early steam locomotive built in 1829 by Newcastle born Robert Stephenson. The Rocket became the template for most steam engines in the following 150 years.
“Glucozade” was invented by William Owen, a Newcastle based chemist, in 1927 in order to provide a source of energy for those who were sick. The name was changed to Lucozade in 1929.
Joseph Swan (Born in Suderland, however lived and worked in Newcastle) demonstrated the first working electric light bulb a year before Thomas Edison did the same. This led to a dispute as to who had actually invented the light bulb (It was definitely Swan).
Newcastle Brown Ale was launched in 1927 by Colonel Jim Porter originally produced in Newcastle after three years of development.

Boasting over 200 pubs, bars and nightclubs, Newcastle is world famous for its vibrant nightlife. We were named best UK party city for New Year’s Eve by The Times Newspaper; and with clubs including Digital, voted fifth best UK club and fifteenth in the world by DJ Magazine, It’s hardly surprising that revellers travel far and wide to experience all that our great city’s nightlife has to offer.

Newcastle’s vibrance and party culture has been epitomized by MTV’s ‘Geordie Shore,’ which has won the hearts of millions around the world and further reinforces the city’s claim to its best nightlife title.

When it comes to culture, we’ve got plenty to shout about. Our art contribution includes a wealth of local artists and displays from all over the world exhibited in some of the UK’s finest galleries based right here. These include: The Laing Art Gallery, Newcastle University’s Hatton Gallery, the prestigious Newcastle Art Gallery and of course the Baltic Centre for Contemporary Art which became the first non-Tate venue outside of London to host the prestigious Turner Prize.

As for the arts we have a host of theatre houses including the grand Theatre Royal which was opened in 1788 and is regarded as one of England’s leading theatres. Newcastle boasts a plethora of music venues big and small; from the intimate Cluny bar showcasing local and up and coming acts to the Newcastle Arena which plays host to the world’s biggest music acts.

We’re on top of our game when it comes to style, in fact we ooze it. Lonely Planet’s Great Britain guidebook recently named Newcastle as “the hipster capital of the northeast”.

There are several contributing factors to our style success including: the internationally recognised fashion design courses available at our Colleges and Universities which produce world class graduates year after year. We have an abundance of fashion houses and boutiques from Top Shop to Daniel Footwear, which help style our trendy city’s folk. And of course, we Geordies are gifted with a natural sense of style?

To support Newcastle United you really have to get used to taking the rough with the smooth. ‘The Toon’ can be battling relegation one season and then fighting for a place in Europe the next. This ‘rollercoaster ride’ of a club is worshipped by an ardent following of Geordies. Week in week out through rain hail or shine; the fanatical ‘Toon Army’ congregate at the hallowed St James’s Park in order to support the magpies for better or for worse.

When it comes to churning out talent, Newcastle can boast a real pedigree of stars including; Musicians, actors, sporting heroes and politicians. Some of our talented offspring include: Musician/Presenter – Cheryl Cole, Presenters – Ant and Dec, Comedian/Actor – Rowan Atkinson, Musician – Sting, Sporting legend – Alan Shearer and Musician – Eric Burden.

We already know how stunning our city is, so it’s about time we had some recognition. In the last ten years or so, the accolades have just kept coming regarding Newcastle’s architectural achievements. From The beautiful, Georgian styled Grey Street, voted the best street in the UK, to the stunning modern Sage which was named as one of the top ten best buildings of the last 100 years in England by The Rough Guide; Our city’s reputation for being a city of beauty is now firmly established.

Not many of Great Britain’s major cities can boast about being in touching distance of a beautiful coastline. The best they can do is to create manmade beaches within their city centres, which Newcastle’s already done, and then some. Only minutes by Metro from the city centre is the breathtaking North East Coastline. Whether it’s surfing at Tynemouth or exploring Whitley Bay’s golden sandy beaches, we should count ourselves very fortunate to have this amazing coastline on our doorstep.

We Geordies don’t just welcome visitors, we embrace them.

Newcastle has been recently voted Britain’s friendliest city, followed by Liverpool and Manchester. In 2009 hotel firm Travelodge surveyed thousands of its guests as to which city gave them the warmest welcome. Not surprisingly, Newcastle came top.

The history of Newcastle dates back almost 2,000 years, during which time, our fair city has been governed by many, including; the Romans, the Saxons and the Danes. Originally known by its Roman name Pons Aelius, the name “Newcastle” has been used since the Norman conquest of England.

Due to its prime location on the River Tyne, the town developed greatly during the Middle Ages and was to play a major role in the Industrial Revolution. Newcastle was granted city status in 1882 and the rest is indeed history.