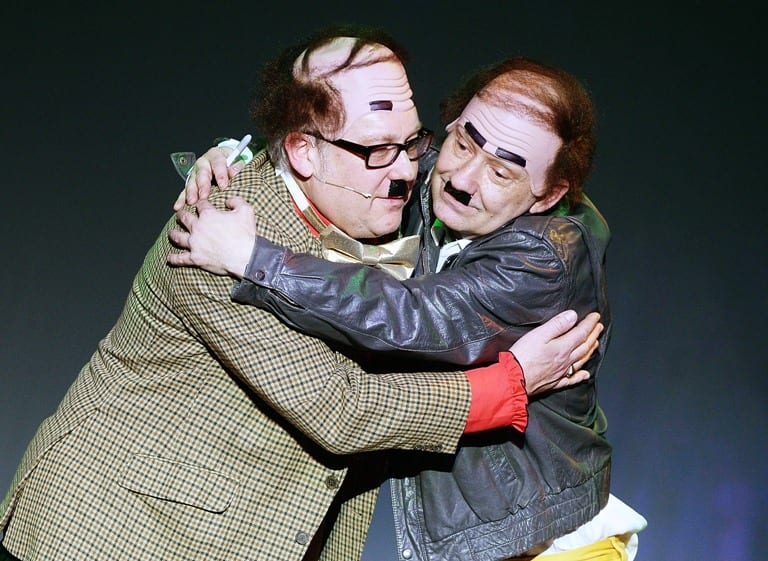 Previous live shows include Brown 1591 (1991), Puce 1694 (1994) and Weathercock 1495 (1995). The tour which starts on 11th November will be a nostalgic moment in the annals of comedy history and a hotly anticipated ticket for fans hoping to catch a glimpse of some of their most popular characters, Man With the Stick, The Stotts, Mulligan and O’Hare, amongst others.

As always with Vic and Bob there will be some up-lifting moments, some musical moments, maybe some magic, several dancing styles, some show of physical strength but always some poignant moments.

WHERE & WHEN
Reeves and Mortimer: The Poignant Moments plays at Newcastle City Hall on Wednesday 30 November