5 Ways to Make Friends at Freshers

Freshers can be the best week of your life 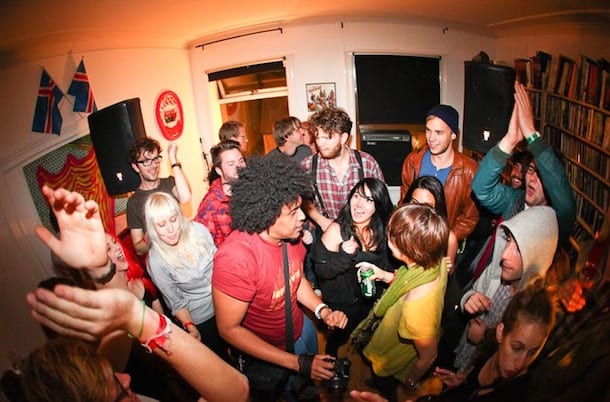 When you first go to university, you’re a bit like a toddler. You have no idea what’s going on but it’s all new and everything is exciting. There is so much happening all at once that it can be hard to keep track. But remember. If you do it right, Freshers can be the best week of your life.

‘there is a reason that students have a reputation for spending their loans on nothing but booze and Netflix. They do.’

1. Join every society you want to

You will make two groups of friends during Freshers – the people you live with and the people you meet through clubs and societies. Also, the organisers know that new students want to party as much as humanly possible, so they schedule their socials to end early. It’s basically a win/win.

Pro-Tip Some societies have a joining fee, usually around £5 but sometimes as high as £15 or £20. Don’t let this put you off. They won’t expect to be paid up front so if you don’t want to join after a few sessions you can basically ignore them. One flatmate of mine signed up to every society and didn’t pay a penny. He spent the year rolling around in a pile of free sweets and stationery.

Being immersed in a new environment brings out the insecure, socially-awkward thirteen year old in all of us. At first you might be too shy to join in or contribute to plans. Ignore this. I promise you that everyone wants you to include them, so never be afraid to speak up and plan something. Similarly, if someone mentions plans they’ve already made, ask to join in. Chances are they wouldn’t have mentioned them if you weren’t welcome.

There are some people who don’t drink for personal or religious reasons and that’s fine. But there is a reason that students have a reputation for spending their loans on nothing but booze and Netflix. We do. Within the first few hours all the supermarkets local to your new home will be stripped of alcohol so buy it early and bring it with you.

Pro-Tip One of the quickest and easiest ways to bring flatmates together is Beer Pong. All you need is ten plastic cups, a pack of ping-pong balls and alcohol (if you don’t like beer or cider, you can substitute spirits and a mixer of your choice). Always play doubles. The games will go faster and working as a team is a good way to start out.

Whether you’re a footballer, drama geek, scientist or something entirely different, there is a group out there for you. A good place to start is by finding out what courses other people are doing. People studying similar subjects will definitely have similar interests.

Pro-Tip Inevitably, there will be regrettable hook-ups during Freshers. The best way to minimise awkwardness is to follow these rules : no flatmates, no classmates, no close friends. If it’s impossible to avoid them for the rest of term, it’s probably a bad idea.

There are two types of flat parties : tiny and huge.

Small parties have ten or twenty people. Everyone knows each other and they’re pretty quiet events. These are a good pre-drink option if you get friendly with another flat.

Big parties are the exact opposite. A hundred people or more squeezed into a seven-person living space. Tons of music, tons of vodka and an inability to hear the person next to you. Pros? No invitation required; just knock on the door, hold up a bottle of whatever you’re drinking and cross the threshold. Cons? Destined to be shut down in record time.

But I’ve saved the very best piece of advice for last, and it’s this. Get involved.

You can spend the rest of the year locked in your room like some kind of anti-social, workaholic goblin. But you only get one chance to do Freshers week properly.

Always say ‘Yes’ to every invitation you can, because eventually you realise that it’s the things you don’t do that you’ll always regret.

If you’re a Fresher at one of Newcastle’s great universities, then I Love Newcastle Magazine would love to hear from you. Don’t be shy, leave a comment below;