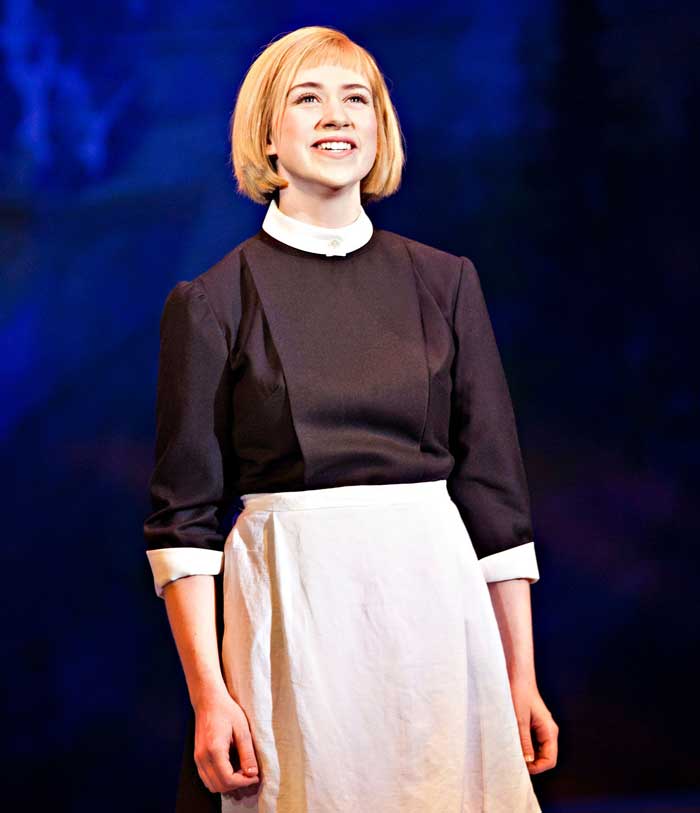 The greatest family musical of all time – The Sound of Music is returning to the Theatre Royal in September to celebrate the Hollywood film’s 50th anniversary, so prepare to head for the hills and get ready for one of your favourite things! 1 – 12 September 2015

Based on the story of the Trapp Family Singers and Baroness Maria von Trapp’s 1949 autobiography, The Sound of Music tells the true story of the world-famous singing family, from their romantic beginnings and search for happiness, to their thrilling escape to freedom as their beloved Austria becomes part of the Third Reich at the start of WWII.

Created as a Broadway musical in 1959 by Richard Rodgers, Oscar Hammerstein II, Howard Lindsay and Russel Crouse, the unforgettable score features some of the most memorable songs ever performed on stage, including ‘Edelweiss’, ‘My Favorite Things’, ‘Do-Re-Mi’, ‘Climb Ev’ry Mountain’, ‘So Long, Farewell’ and of course, the title song, ‘The Sound of Music’.

The musical was adapted into a multi academy-award winning film released in 1965 starring Julie Andrews. It was an instant hit and went on to break Box Office records in 29 countries, becoming the most successful movie musical in history.

Playing the iconic role of Maria von Trapp in this new production is Danielle Hope, who captured the hearts of the country when she won BBC Television’s Over the Rainbow and made her professional debut as Dorothy in The Wizard of Oz at the London Palladium. Danielle has since played Eponine in Les Misérables in London’s West End and Narrator in Joseph and the Amazing Technicolor Dreamcoat.

This wonderfully lavish new staging of the classic musical is produced by Bill Kenwright, directed by Martin Connor, choreographed by Olivier Award winner Bill Deamer and with musical direction by David Steadman. Presented by special arrangement with R&H Theatricals Europe.

TICKETS
Tickets from £14.50 (save 50p per ticket online), children £5 off all performances (restrictions apply).

Tickets can be purchased from the Theatre Royal Box Office on 08448 11 21 21 (all calls are charged at 7p a minute plus your phone company’s access charge, calls from mobiles may vary, please contact your operator for details) or book online at: www.theatreroyal.co.uk