A Bittersweet Season Of Opera At Newcastle Theatre Royal 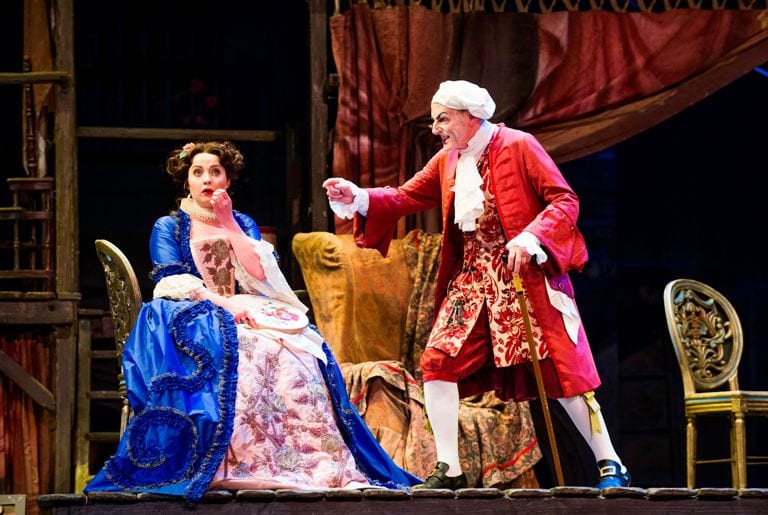 Opera lovers can expect a season of contrasts this autumn at Newcastle Theatre Royal as Opera North juxtapose delicious comedy The Barber of Seville with tragic and heart-wrenching Jenůfa. The must-not-miss season runs Tue 3 – Thu 5 November 2015.

Rossini’s The Barber of Seville is the prequel to Mozart’s The Marriage of Figaro and is a sumptuous farcical comedy full of slapstick. Rosina is rich, beautiful and in love with a dashing young Count. However, her elderly guardian, Doctor Bartolo, has designs on her himself, and does everything he can to put obstacles in the way of their happiness. But with the help of the sharp-witted Figaro, true love finally triumphs.

Tuneful and vivacious, Rossini’s score contains one irresistibly catchy number after another, ranging from the fireworks of Figaro’s universally known aria Largo al factotum to the seductive beauty of the Count’s Ecco, ridente. A hit revival by Opera North back in Newcastle following performances at opera houses around the world, this lavish production features handsome period staging and colourfully eccentric 18th century wigs and costumes.

Janáček’s masterpiece Jenůfa, which has enthralled audiences for more than 100 years, is an intense story of love, jealousy and sacrifice – by turns harrowing, heart-wrenching and starkly tragic. It took Janáček ten years to complete his first great opera, and in the final year of its composition he witnessed his own daughter’s painful illness and early death. His soul-piercing score is laced with the suffering caused by this event.

A world-class cast includes Susan Bickley, one of the most accomplished mezzo-sopranos of her generation as the Kostelnička and Elizabeth Sikora (who played Salud’s Grandmother in La vida breve which impressed Theatre Royal audiences in the Spring 2015) as Grandmother Buryjkova. In the title role is the Swedish soprano Ylva Kihlberg, who gave a memorably powerful performance as Emilia Marty in Opera North’s The Makropulos Casewhich visited in 2012.

Opera North are also bringing their critically acclaimed new production of Kiss me, Kate, which will be performed Friday 6 – Saturday 7 November.

WHERE & WHEN
The Barber of Seville appears at Newcastle Theatre Royal Tue 3 & Thu 5 November 2015 at 7.15pm, and Jenůfa for one performance only on Wed 4 November at 7.15pm.

TICKETS
Tickets from £18.50 (save 50p per ticket online). Tickets can be purchased online at: www.theatreroyal.co.uk or from the Theatre Royal Box Office on 08448 11 21 21 (Calls cost 7ppm plus your phone company’s access charge)