A Local Twist on The Nation’s Favourite Shakespeare Play

We review the latest version of RSC's A Midsummer Night’s Dream... 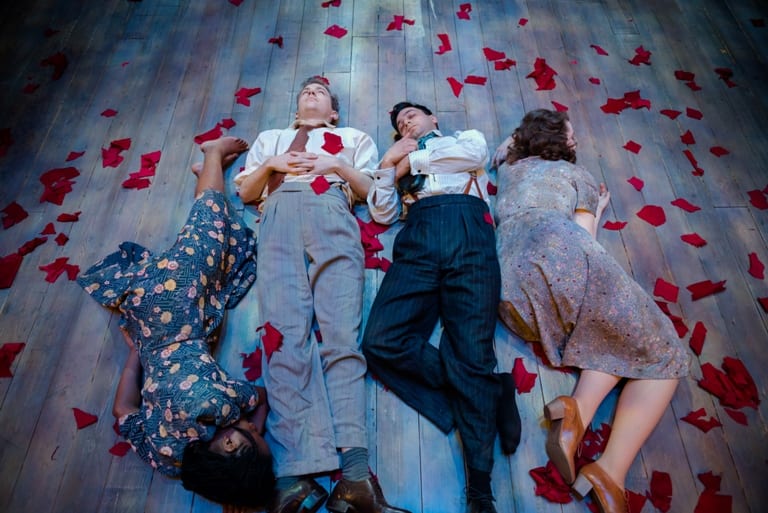 There’s something about hearing Shakespeare in a Geordie accent that warms the heart and what better excuse than the nation’s favourite comedy.

Tonight we were promised a unique re-imagining of Shakespeare’s A Midsummer Night’s Dream and being only the second night of the Royal Shakespeare Company production we knew the actors would be fresh from rehearsals and buzzing.

What makes this production of A Midsummer Night’s Dream so special is the co-production between RSC and a number of different amateur theatre groups around the UK, in Newcastle it’s the fantastic Castle Players and The People’s Theatre on alternate nights. This means collaboration between professional and amateur actors on stage, throw in a gaggle of local school children and you have a production that feels home-grown yet west-end quality.

Northern Stage is the natural host to the Newcastle leg of the UK tour, being a strong supporter of not only local actors but production staff and creative groups. The opportunity for North East based actors to work alongside professionals is all in a day’s work for the well-known theatre but I’m sure for the actors involved it’s an experience they’ll never forget.

This latest version of A Midsummer Night’s Dream is set in the 1940s Britain; a time of great change reminiscent of Shakespeare’s Athens. The set and costumes have a strong post-war feel to them (victory rolls and braces) which works successfully with the original Shakespearean script and having the fairy king and queen in more extravagant dress clearly sets their world apart from the mortals. The incorporation of musicians into the cast of actors is genius and adds to the chaotic comedy feel.

The RSC actors played their parts to perfection, especially Puck whose antics had the audience in stitches more than once. However, a mention must go to Peter McAndrew whose Geordie accent was the only give away that he was one of the amateurs. His portrayal of the fool Bottom was hilarious and with such presence, Peter was clearly born to be on the stage. The troupe of tradesmen played by The People’s Theatre were fantastic and the standing ovation they received well deserved.

The smooth running of the performance is even more incredible considering the challenges faced by everyone involved. The professional actors had to rehearse with 14 different amateur groups in the run up to the tour, so the director and her team had to get creative.

This included Skype rehearsals between professional and amateur groups and engaging with local schools to enable teachers to get the children performance ready. The extent of the collaboration was huge, yet the performance ran as flawlessly as any professional show – hats off to everyone involved! But what makes it such an exciting event for Newcastle is the links that are forged with national groups.

We can be a little isolated in our far off corner of the country; for a project of such scope and providing such fantastic opportunities to land on our laps is exciting, more is sure to follow. Not to mention the exposure for amateur theatre groups, not only the two directly involved but for others rehearsing all over the region, their ticket sales and memberships will no doubt see the benefits of this collaboration.

Read More »
December 15, 2021
PrevHave you read?Double Publican Award Win For Name Behind The Botanist
Next read...Free Activities With Animal AnticsNext