A Magical night at the Quayside Cabaret Club – We liked it… A lot! 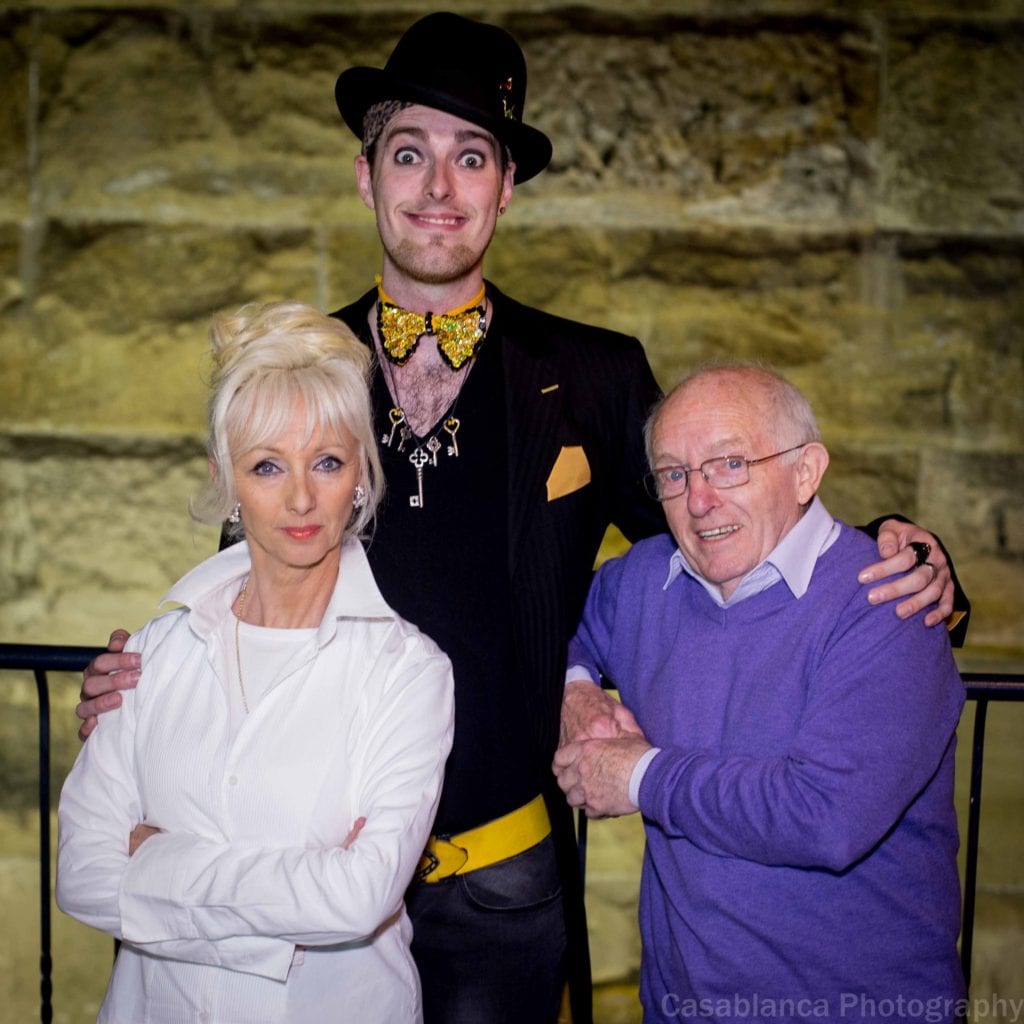 Magic was in the air on Thursday Evening at the sold out ‘Quayside Cabaret Club’ on Newcastle’s Quayside.

The show had extra appeal as Paul was one of Chris’s Childhood heroes and had inspired Chris Cross to take Magic up as a full-time profession at the age of 16.

Prior to the show, we enjoyed 3 courses from Prima, which included an Antipasti starter and some very decent braised beef for the main. The show was kicked off by Cross who warmed up the crowd with some of his Favourite Magic Tricks ready for an interesting Q&A’s session with Paul & Debbie.

The charismatic Mr Daniels recounted compelling tales from his distinguished career which included; his time in the National Service, some funny Tommy Cooper anecdotes, stories from his TV Show and some tips for budding Magicians.

After a brief interlude, Cross performed the act that has taken him Worldwide, featuring some magic tricks and an Escapology Finale Escape from a Straitjacket, which was tied up by audience members. Then Daniels was introduced to perform a 45min set packed with Magic, Comedy and Fun with the Audience. The show received a standing ovation for Paul, Chris & Debbie at the end of the night. Everyone had a thoroughly enjoyable evening of variety and magical entertainment!

The contrast between Chris’s fresh, ardent approach to magic and Paul’s ‘old school’ methodical style of magic made for a very entertaining evening.

Paul Daniels commented on how pleased he was with how the show had gone and how great the audience had been and praised Chris Cross for putting on the show.

DANIELS: ”Chris is doing a really great job here, building up this Cabaret Club of his – and everyone should support it and come watch a live Show. Thank-you Chris Cross, for persuading us to come up and perform!”

CROSS: ”It was a great night. Paul and Debbie were on top form. My act went down to a Cracking response too…of course! Bringing Paul Daniels to my own Cabaret Club in my home city was such a thrill – we had a full house watching a brilliant 4hrs of top food and entertainment. Can’t wait for the next one!”

Chris, 26, is from the West End of Newcastle and is the Artistic Director and owner of The Quayside Cabaret Club, he has performed for The British Monarchy, Boy George’s 50th, Alice Cooper’s Press Conference, Mike Tyson’s Sportsman’s Dinner, consulted on The Hairy Bikers Stage Show and performed at many large events across the Globe.

The Quayside Cabaret Club was set-up by Chris Cross the Magician in November 2014 and every show has been sold out since its launch. Dates and star acts T.B.A for September and its first birthday show in November.