A tale of two ales at the Botanist Newcastle 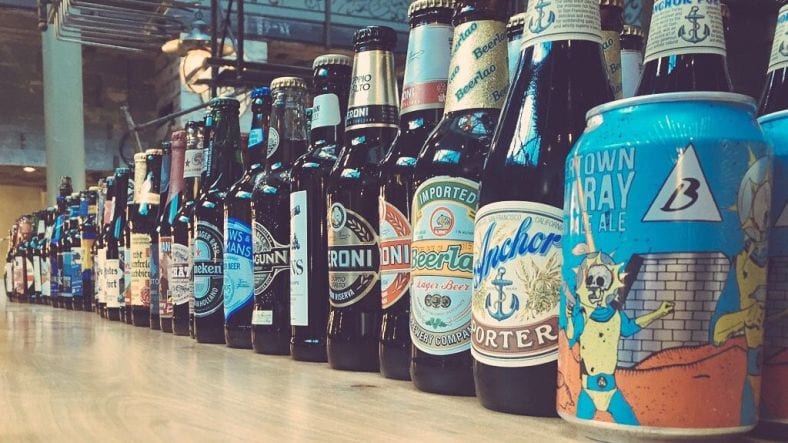 The award-winning New World Trading Company (NWTC) has launched two exclusive ales with a new world twist at The Botanist Newcastle this spring.

Brewed in conjunction with Cloudwater Brew Co., Passionate Blonde was the first to be released – using pale ale malted barley, wheat and ‘new world’ hops: Chinook, Citra and Galaxy from the US and Australia to create a vibrant citrus and tropical fruit flavour, and aroma with the prominent taste of passion fruit, alluded to in the name.

The second is an offering created in conjunction with Freedom Brewery. Pacific Pale Ale is a deep golden amber 4.4% strength ale with a fruity flavour. Brewed using caramalt alongside pilsner malt, with New Zealand hops: Motueka, Pacific Jade and Rakau.

“We are very excited to work in partnership with Cloudwater and Freedom, and think our customers will really appreciate and enjoy these new ales.”
Motueka is a versatile hop of the Saaz family used for both kettle additions and in aroma hopping, initially giving citrus lime and lemon flavours with a more subtle tropical fruit in the background. Pacific Jade is a cross-bred hop creating a subtle herbal citrus with some crushed black pepper notes, while Rakau offers more orchard and tropical fruit flavours – especially apricot and passion fruit.

Chris Hill, Managing Director of NWTC said: “There has been a lot to consider with this project as we wanted to create a great quality product with reputable breweries which would be large enough to cater for our supply. We are very excited to work in partnership with Cloudwater and Freedom, and think our customers will really appreciate and enjoy these new ales.”

Meanwhile, an addition of 26 new products has brought The Botanist’s bottle menu to a total of 84; 70 beers and 14 ciders on offer.

Two new categories have been incorporated into the beers listing with Indian Pale Ales (IPA) and speciality beers on top of lagers, wheat beers, blonde beers, Trappist beers, pale ales, dark beers and fruit beers. Estrella Inedit from Barcelona’s S.A. Damm brewery has been added in a 750ml sharing bottle. Inedit is a beer which was developed with Ferran Adria, the head chef from legendary Spanish restaurant “El Bulli” as a food-matching beer with the addition of coriander, liquorice and orange peel.

A Belgian classic, Tripel Karmeleit, is now included within the blonde menu options. First brewed in 1996 but based on a recipe from the 17th century, it uses 3 cereal grains boasting the lightness of wheat and creaminess of oats with traditional barley, creating a flavoursome and dangerously drinkable beer at 8.4%. A further introduction is All Day IPA from Founders brewery in Michigan, which at 4.7% is a little weaker than an IPA should be, acknowledged by the brewers in the beer’s name.

A new fruit beer, Liefmans Cuvee Brut is a Belgian brown ale flavoured with whole black cherries. Brown ales produced in Belgium tend to have a slightly fruity sour character but the addition of black cherries gives an acidic freshness to counteract and balance the flavour. The bottle is a half Champagne bottle with a caged cork wrapped in paper.

Duchesse De Bourgogne is a Flemish Red Ale, added to the Speciality offering. It is the product of blending eight and 18 month-old beers which have been aged in oak casks, leaving the end product with a sour fruity flavour – a real love or hate beer.

Passionate Blonde and the extended bottle menu is now available in The Botanist Newcastle, with the first brew of Pacific Pale Ale being ready for June. Bespoke cask-ale tasting masterclasses can be booked for groups of six or more.