A Toon White Christmas This Year? 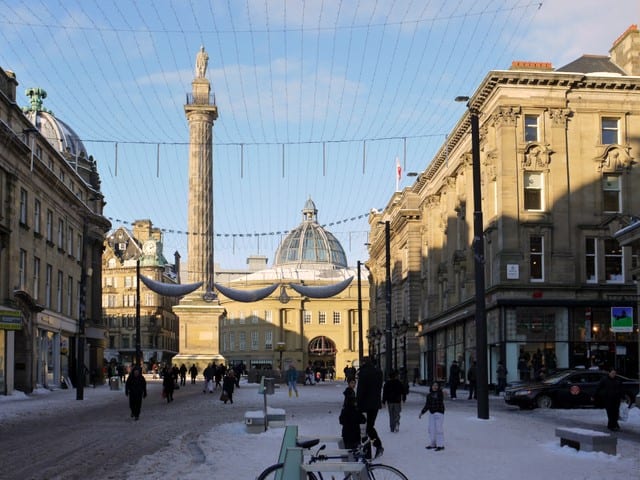 Experts Predict A 21% Chance Of Snow In Newcastle This Christmas.

Crystal Ski Holidays has created a snow calculator called Remember That December? that reminisces over the snow filled Christmas Days across the past 25 years not only highlighting the most memorable white Christmases, but also forecasting whether dreams for a white festive period will come true this year.

Remember That December? has analysed 25 years’ worth of snowfall and depth data from the Met Office to look in detail at the three most memorable white Christmases as well as attempting to calculate the likelihood of snow on the big day.

Martin Nolan from Crystal said, “The will-it, won’t-it aspect of snow on Christmas Day is something that Brits talk about every year. Here at Crystal, snow is vitally important for our business so we wanted to create something fun that would celebrate this.

“The experts at the Met Office know that snow is notoriously one of the most difficult types of weather to forecast, but we hope that our fun snow calculator will help those wondering about a white Christmas.”

Using Met Office historical data, the Snow Calculator shows that it’s good news for Scotland, with many regions seeing a high chance of snow (55 percent). The East of England also has a good chance of a white Christmas with it 26 percent likely that they’ll see the white stuff. Although for people in Yorkshire & The Humber, East Midlands and North Wales there will be no winter wonderland as they all welcome only a 9 percent chance of snow.

The South suffers a similar fate with South Wales and the South West seeing a 12 and 14 percent likelihood of snow. Away from the Highlands it’s only the North East and the West Midlands with odds of snow nearing 20 percent.

The Eastern region has regularly seen snow over the last 25 years with 2010 seeing a particularly large flurry over the Christmas period.

That year saw depths reach as high as 16cm in some parts of the country with even Devon seeing a huge downpour, leaving 20cm on the ground.

But while many parts of the nation may not see anywhere near that much snow this Christmas, Remember That December? also looks across three years that witnessed some of the heaviest snowfall on record, complete with stunning visuals that capture the true essence of a white Christmas.

Rosalie Fairbairn, Partnership Communications Manager at the Met Office said about their involvement in the campaign;

“We were delighted to help with Crystal Ski Holidays’ fun Christmas campaign that celebrates the positive side of snowfall in the UK. Although we cannot endorse any of the predictions made by the snow calculator, and we know in the UK that weather history isn’t a great way of predicting the weather future, we’re pleased our historical data can give people a nostalgic trip down memory lane to Christmases of the recent past.

“The snow calculator is a bit of fun but as Christmas Day gets nearer you can find out if snow is actually forecast by visiting the Met Office website.”

You can view Remember That December? and the full set of statistics here: http://www.rememberthatdecember.co.uk/

Crystal Ski Holidays is part of TUI UK & Ireland is the leading ski holiday tour operator in the UK, with more than 30 years’ experience of providing ski holidays in Europe, North America. To book www.crystalski.co.uk 020 8939 0726.