Thousands of reasons to advertise with I Love NCL®

Newcastle born & bred. Newcastle’s trusted voice. We are the fastest growing online lifestyle magazine in the North East – and we are Dedicated to Newcastle. Our website is current, dynamic and full of unique content which helps attract a varied audience from local people to potential visitors.

Our site readership levels are currently around 50K+ per month (and growing). Our social media following is around 80K. All these figures are quantifiable with Google Analytics.

Newcastle has 1 million plus potential customers – people who live and work in Newcastle and the thousands of tourists and out of towners who visit and enjoy our city every year.

Be part of the fastest growing brand in Newcastle and let us work with you to help increase your business quickly and profitably.

Why advertise in Newcastle

As well as being a European city, Newcastle is also known as a university city boasting Newcastle University as well as Northumbria University.

Newcastle played a major role during the 19th-century Industrial Revolution, and was a leading centre for coal mining, ship building, engineering, munitions and manufacturing. Heavy industries in Newcastle declined in the second half of the 20th century; with office, service and retail employment now becoming the city’s staples.

Newcastle’s economy now includes corporate headquarters, learning, digital technology, retail, tourism and cultural centres, from which the city contributes £13 billion towards the United Kingdom’s GVA. Among its icons are Newcastle United football club and the Tyne Bridge. Since 1981 the city has hosted the Great North Run, a half marathon which attracts over 57,000 runners each year.

Newcastle is a city which houses a unique civic pride between Geordies.

Newcastle upon Tyne has an estimated population of over 310,000 people.

I Love NCL® receives on average 500K views per year. Most visitors are female, aged between 25-44, on their mobile coming from either social media or Google. Find out more about our audience… 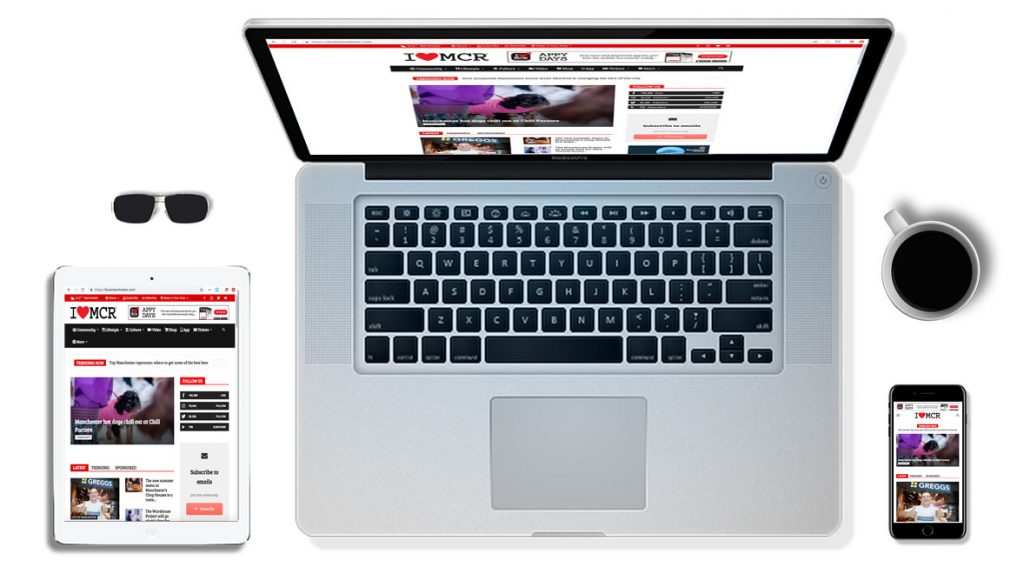 When we live in a city as lush as Newcastle, it’s easy to capture on film.

Videography is fast becoming the highest engaging medium for marketing promotions. Video content is ranked highly on social media platforms and favoured by platform algorithms. The video content we create will bring your story to life and designed to support the rest of your campaign.

Be seen on a big billboard

Be seen on big digital billboards in Newcastle. I Love NCL® is the facilitator of digital connectivity in the digital and out-of-home aka outdoor media world.

Whether you’re a start-up, an established business or an industry leader, our digital and social assets put you in the right company in front of a huge community who want to hear your story. Looking for brand awareness, more sales or event promotion, we’ve got you covered.

And we guarantee to beat, if not match, any Manchester advertising rate pound for pound.

Please note: all our prices are excluding VAT and advertising requires a minimum of 3 months to guarantee results.

Agency commission: we give recognised agencies a 5% kickback

Drop us an email
advertise@ilovenewcastle.com

Office hours:
10am – 5pm Mon – Fri
Saturdays are for arts and culture.
Sundays are a day of rest and roast dinners.

I Love NCL® is a registered trademark since 2014. I Love NCL® only advertise what we endorse or has benefit to the community. I Love NCL® will not endorse gambling nor anything of a political or religious nature. I Love NCL® reviews are always impartial. I Love NCL® won’t be bribed by money or payment in kind. Paid for content is clearly marked ‘Sponsored’. Advertising requires a minimum commitment of 3 months to ensure maximum exposure. More on our policy: ilovenewcastle.com/privacy-policy

ABOUT US
We are I Love Newcastle Magazine - An independent dot-com organisation that was born in July 2014 formed in the midst of economic recession with extreme austerity measures, affecting everyone in the North East through one way or another.
Contact us: hello@ilovenewcastle.com
FOLLOW US
© Copyright 2019 I Love NCL® is a registered trademark c/o I Love Publicity Ltd