Ahead of Sunday’s final game of the season, we look at what is to come from the Mags 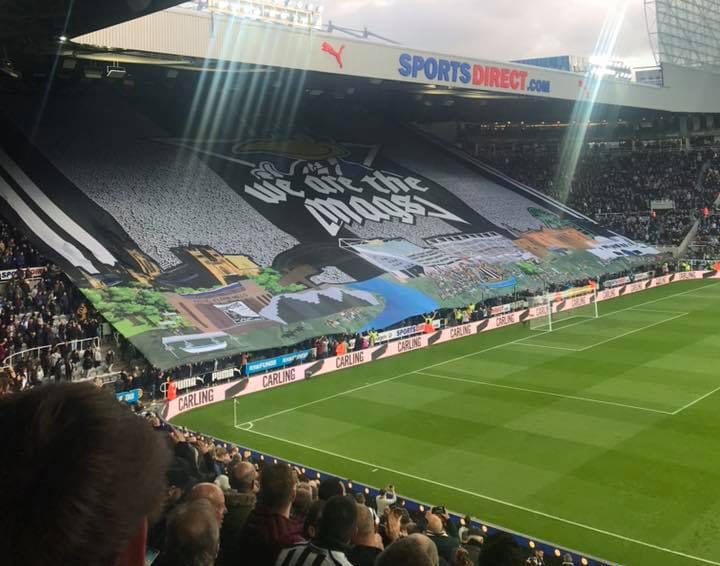 Following last season’s mid-table finish in our first season back in the Premier League, the Rafa Revolution looked positive – however we would go the first ten games of the 2018/19 Premier League season without registering a win.

It was important to realise that in the first eight games of the campaign we played five of the previous season’s top six clubs, playing Chelsea, City and Arsenal on the bounce – it was certainly a difficult start to the season.

Rafa’s side are safe from relegation with all three clubs in the drop zone already  confirmed  – however they will be looking for a strong finish to the season following an epic performance last week against second placed Liverpool.

Unfortunately the decisions didn’t go our way to get the draw the players deserved on the day but none the less they will have taken a lot of heart from that performance in our final home game of the season.

Both Christian Atsu and Salomon Rondon were impressive in the defeat to Liverpool – with Sky Sorts pundits Jamie Carragher and Graeme Souness stating Rondon made Player of the Year Virgil van Dijk seem the most unsettled he had appeared all season.

Rondon however is set to return to West Brom following our final game of the season but is keen to stay, Rafa is keen on him staying so priority number one in the summer should be to secure his permanent signature.

Though Atsu and Rondon stood out for praise Benitez only used one substitution out of a possible three as he feels his side lack strength in depth – something the bigger sides just don’t have to concern themselves with.

Both Liverpool and Manchester City have quality players who they can call upon from the bench on any given game, where sides such as Newcastle generally have to just make the best of what they have – which can sometimes have a big influence on a game.  Liverpool brought on Xherdan Shaqiri and Divock Origi in the second half, and it would be these fresh legs that would combine for the winning goal for Jurgen Klopp’s side.

Speaking about the difference in options for the two sides following the defeat Benitez was overall pleased with the performance but recognised the need for fresh legs.

“It’s difficult to say what they don’t have; they have everything,” Benitez explained when asked what makes Liverpool so impressive as a side following Saturday’s 3-2 defeat at St James’ Park.

“We did quite well. When we conceded the third goal, we were in control. They were not a threat. They didn’t have clear chances. They have to create, for sure, because they are very good in attack.

“Atsu played really well. Maybe we need a couple of players [on the bench] because sometimes you need fresh legs on the pitch to make a difference.”

First and foremost the most important signing Newcastle Football Club can make this summer is not a player – it is to ensure Rafa Benitez is still at the helm come the ‘2019/20 season.

He was the man who guided the club back to the Premier League in the first place and although we have managed pretty much two seasons of identical form in the English top flight it doesn’t bare thinking about where we could be if it hadn’t been for Rafa.

Travelling to Fulham who already have their fate confirmed despite spending well in the summer and with our truly impressive display against Liverpool the result should be a no brainer – but when has that ever been the case for us?

Read More »
December 15, 2021
PrevHave you read?Our round up of the biggest Geordie traditions and rituals
Next read...Newcastle to join cities across the world in global bid to fight homelessnessNext