An Evening with Gazza comes to Tyneside 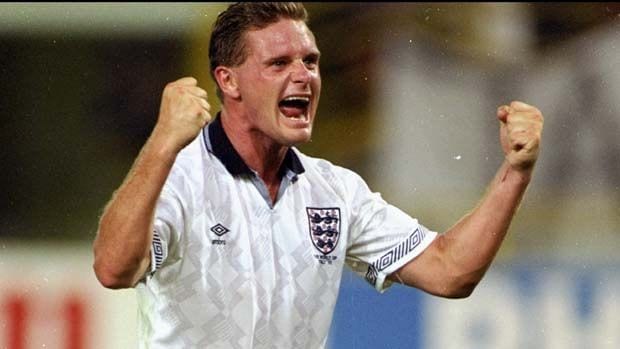 One of Tyneside’s most favourite sons, Paul ‘Gazza’ Gascoigne, is to appear on a very special ‘An Evening With’ put on by Relentless Promotions on the evening of Sunday 29 November.

Gazza, who began his career with his hometown club and was part of the famed 1985 Youth Cup winners alongside Kevin Scott, Paul Stephenson, Ian Bogie and Joe Allon with Newcastle United went on to become a footballing legend.

Whilst in the black& white of Newcastle United Gazza scored twice in the Youth Cup final, as captain, against Watford and making his first team debut in April of the same year and played for the club under Jack Charlton and Willie McFaul between 1985 and 1988.

Gazza was sold to White Hart Lane, the home of Tottenham Hotspur for a then British record of £2.2 million in 1988 going on to become a cult hero under ‘el Tel’ Terry Venables.

He won the FA Cup with Tottenham Hotspur in 1991 before moving to Scotland and collecting honours in Glasgow with Rangers, he also starred for Lazio, Middlesbrough and Everton.

For his country who can forget those performance at Italia 90 when Sir Bobby Robson’s Three Lions finished fourth, or at Euro 96 when he lit up the tournament with ‘that’ goal against the ‘auld enemy’ as England finished in third place.

Now, the Tyne Theatre & Opera House will host ‘An Evening with Paul Gascoigne’ and Relentless Promotions CEO, Daniel Cox said: “We are thrilled to bring Gazza home for what will be a very special evening at the Tyne Theatre and Opera House. “Gazza will meet 100 VIP’s personally and then will take to the stage to discuss his life and career. The show will be opened by a comedian and VIP tickets are only available direct from our office. All other tickets from the Tyne Theatre Box Office.”