How the Angel transformed the North 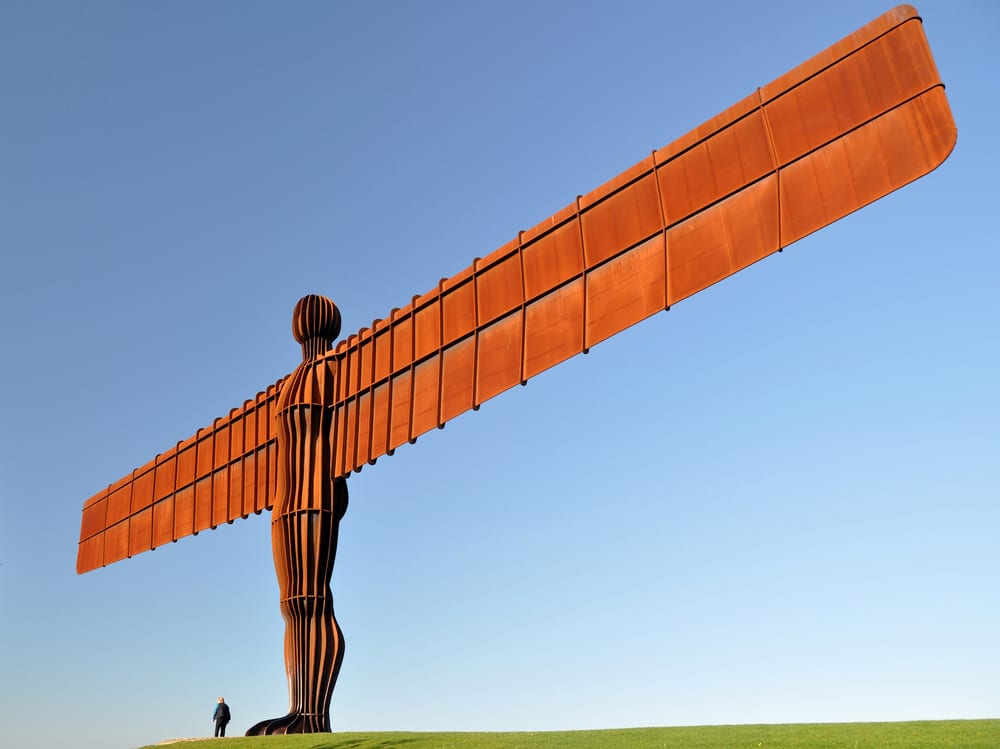 Standing majestically on a hilltop next to the A1, the Angel cuts an imposing figure.

Once dubbed a ‘monstrosity’ by art critics, the Angel is now one of the most loved pieces of public art in Britain and the symbol of the regeneration of a region.

But how did this iconic sculpture propel the transformation of Tyneside from a place that was famed for heavy industry to one that was voted number one place in the world to visit in 2018 by Rough Guides?

The Tyneside into which the Angel was born was reeling from the loss of coal mining and shipbuilding, and struggling to cope with rising unemployment and social problems.

In 1987 a project had begun to regenerate Newcastle Quayside, but Gateshead was still suffering from being classed as the poor relation to its more glamorous neighbour.

The success of the Gateshead Garden Festival in 1990 showed the transformative powers of arts and culture when it  attracted thousands of visitors to a former toxic wasteland.

Gateshead Council wanted to build on this success with a landmark sculpture that would put the area on the map.

In early 1994 Gateshead made a gutsy move in commissioning artist Antony Gormley to create a work of art which would celebrate the industrial heritage of the area but lead the way for future regeneration.

Gormley said he intended: “to make an object that would be a focus of hope at a painful time of transition for the people of the North East.”

The plans met with opposition, with objections ranging from the cost of the artwork, to the fear it might distract drivers and cause accidents, but construction went ahead.

The 200-tonne steel sculpture was unveiled in 1998 and initially received mixed reactions, but the Angel quickly won the hearts of local people.

When Newcastle United appeared in the FA Cup Final in May that same year and a group of fans hoisted a giant replica of Shearer’s shirt onto the Angel, it was taken a sign of approval.

Gormley said he thought it was wonderful, “I was very moved and thought yes, now the Angel is being accepted.”

And despite local politicians declaring that the Angel was a waste of money which didn’t help the area, the commission marked a turning point in the fortunes of Newcastle Gateshead.

John McElroy, Cabinet Member for Culture at Gateshead Council said: “The Angel’s success gave us the confidence to be ambitious.”

This ambition paid off when the council negotiated funding for three game-changing waterfront projects which aimed to turn the region into an international cultural destination.

First came the £22m Millennium Bridge which was completed in 2001 and opened up a new connection between the cities of Newcastle and Gateshead.

The Quayside areas of Newcastle Gateshead were transformed beyond recognition, and this culture-led regeneration was credited with bringing increasing numbers of visitors to the area and raising the self esteem of the local population.

Tyneside became a model for culture-led regeneration across Europe and the legacy continued when Newcastle Gateshead was chosen to host the Great Exhibition of the North in 2018.

Organisers will pay homage to the Angel’s part in the ‘inspiring story of the North’ with an 80m high water sculpture in the River Tyne for the opening ceremony.

The Angel leaves its teenage years having watched over the rebirth of a region. Celebrations will take place with a year long programme of events called Angel 20.