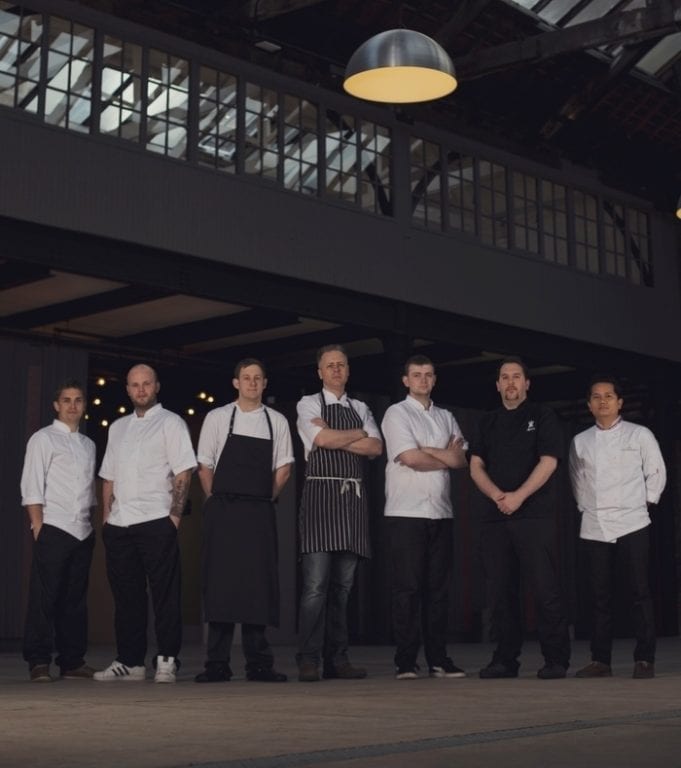 It was announced in late 2016 that Dine by the Tyne; the sky-high dining event that saw diners suspended 100ft in the air to enjoy a meal with some of the regions finest chefs, was returning to the city as Newcastle in the Sky for 2017. Now, the latest chefs that are set to cook up a storm this summer are announced, along with a brand-new title sponsor.

Chefs from across the city are signing up to join newly promoted head chef Daniel Robertson from Hawthorns (who took part in 2016) and Joshy Jin from the recently opened La Yuan in taking their talents to the sky as part of the desirable event. 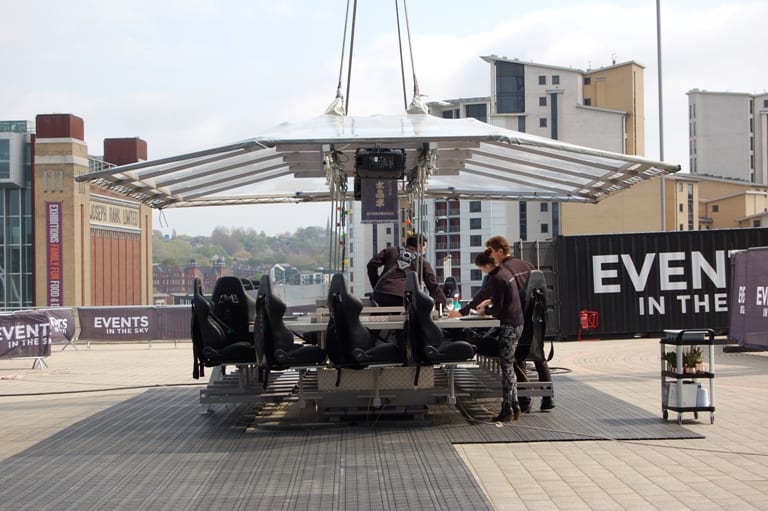 As well as the news that the second release of tickets will go on sale on the 27th February, is the exciting announcement that DS Automobiles has been confirmed as national title sponsor for the entire programme of events taking place across the UK in London, Glasgow, Newcastle, Bristol and Southampton.

Founded in June 2014, DS Automobiles (DS) is a French premium automotive brand born in Paris, which builds cars with an exclusive blend of technology, craftsmanship, avant-garde style and attention to detail.

UK Marketing director for DS Automobiles, Mark Blundell, is delighted that DS is the naming rights partner to Newcastle in the Sky 2017.  He comments, “Gastronomy is an area where we see real parallels with our DS brand values.  Newcastle in the Sky is one of regions biggest gastronomic events and with its blend of fine dining and avant-garde experience we’re delighted to be the title partner for 2017.”

Greg Lambert, executive chef at SIX is among the names that are announced. He says the chance is one he couldn’t pass up.

“When it comes to places I’ve been asked to cook, in the air isn’t one I can say that I’ve come across before. So naturally it’s something I jumped at when the chance came about.”

Lambert, Robertson and Jin will be joined by the head chef at Chaophraya, Carlson Landles head chef at SIX, head chef Andrew Wilkinson and sous chef Lewis Morrison from Artisan, Aveika head chef Lee Hardy, and Neil Butterworth, head chef at Vermont, who are all making their sky table debut between 24-29 August, joining the returning Gin Bar, who will be making their second appearance in the sky.

Livello and The Gin Bar will be supplying the drinks flights, while breakfast will be served by Brown’s. Lunch and evening dinner will be provided by SIX, Artisan, Aveika, Chaophraya, Hawthorns and La Yuan.

Tickets for Newcastle in the Sky will be available from www.eventsinthesky.co.uk on the 27th February with anyone interested urged to book their seats on the sky table as soon as possible after a phenomenal pre-sale.

Read More »
December 15, 2021
PrevHave you read?STUDENTS: What does the North East mean to you?
Next read...The Driving Theory Test FAQNext