Barnardo’s Believes With The Botanist 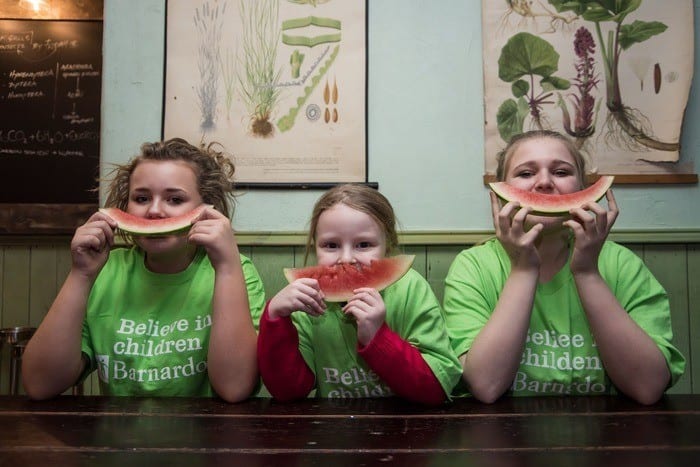 The Botanist in Newcastle has raised more than £3,100 for vulnerable children and provided healthy cooking courses for children and their families in the region.

Staff members at The Botanist, Newcastle have carried out a number of fundraising events and challenges to raise £3,189 for children’s charity Barnardo’s, as well as donating funds from the sale of specially blended ‘The Believer’ cocktail and contributions from customers.

Further fundraising through The Botanist sites across the country has seen the company raise a staggering £43,500 in total for Barnardo’s, with a large number of staff becoming involved in volunteering and mentoring roles to continue supporting the charity.

The team at The Botanist Newcastle also developed events for young carers who are supported by Barnardo’s in the area, providing some much needed respite for these children with hours of fun, games and food. 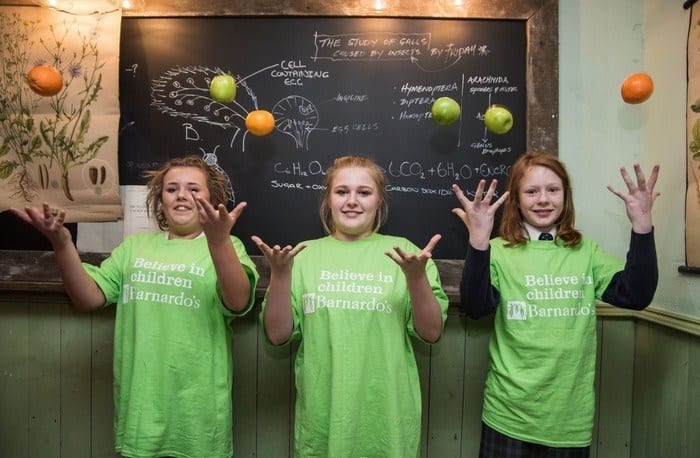 An incredible project developed by chefs at The Botanist Newcastle, saw ten young carers and their families invited to learn about eating and cooking healthily as a family over a six-week course. The healthy eating programme was developed in partnership with Newcastle Young Carers Service, with a community food grant from Food Nation, which is managed by Newcastle Public Health. The successful cookery course is now set to be rolled out to a London-based Barnardo’s centre later this year.

One family from Newcastle who took part were mum and dad, Stuart and Sarah Peacock, and their three girls, Aimee (13), Katie (10) and Abbie (4). Stuart said: “It gave us some much needed time as a family away from the stresses of life and a whole new spin on food, showing us the fun as a family we can have while preparing food, especially on healthy eating.

“The team at both Barnardo’s and The Botanist were brilliant with every aspect of the course. All the staff involved were amazing, and made us feel welcome. We are all really happy we took part and met some lovely people!”

It is not irregular to hear of companies raising money for charity, but there are some campaigns which stand out from the crowd. The Botanist’s campaign to support Barnardo’s in its 150th year has certainly done that. The award-winning pub company set sail on its “Believe with The Botanist” campaign at the end of last year and have since smashed their £35k fundraising target, hitting £43,594 in two months of fundraising.

Barnardo’s, who use 91p of every pound donated towards their cause, will be using the fundraised amount to make a difference to some of the UK’s most disadvantaged and vulnerable children. Services run by Barnardo’s in the Newcastle area include Newcastle Young Carers, bereavement and anti-bullying work at Orchard Mosaic in Jesmond, advocacy and support for disabled children and parents in Gateshead and work helping to fight homelessness for care leavers by providing supported lodgings.

However the campaign does not stop at fundraising, in fact it is arguable that the involvement of the teams with Barnardo’s services is more valuable than the fundraising itself.

Nationally, The Botanist pledged 1,500 hours of team time towards Barnardo’s projects and initiatives to celebrate the milestone 150th anniversary of the incredible organisation in 2016. The teams are well on their way to completing this, with the hours spent in numerous ways including some exhilarating challenges; such as members completing the National Three Peaks Challenge and skydiving.

The longevity of the campaign will come through the involvement of nearly 30 team members who have signed up to Barnardo’s mentoring schemes, predominantly supporting care leavers. These young adults are often forced to become independent much younger than other children and as they move out of care, it’s vital that they get the best possible start to adult life. Volunteer mentors give these young people invaluable support in their transition to adulthood, providing them with emotional and more practical support in their everyday lives. 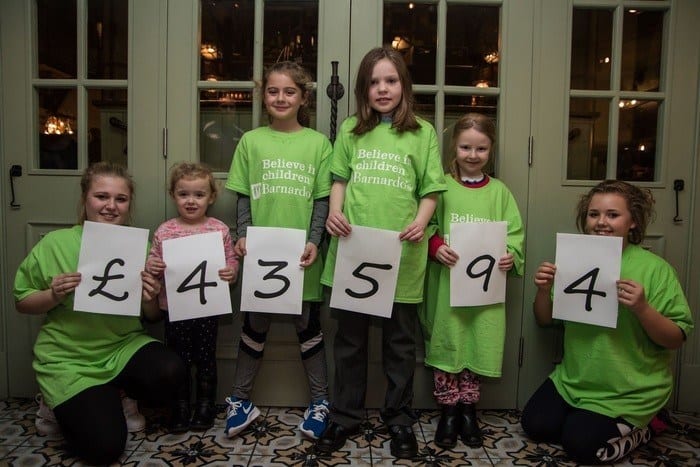 Chris Hill, Chief Executive Officer for New World Trading Company says; “We are very proud of our first national charity campaign, the total funds raised is phenomenal in a fairly short space of time. But the beauty of this campaign is the involvement in projects with young Barnardo’s people, using the strengths of our incredible employees to make a difference, now that’s special.”

Steve Oversby, Regional Director for Barnardo’s said: “We have been blown away by the enthusiasm and generosity of the teams at the Botanist. Not only have staff members gone above and beyond as individuals in completing challenge events to raise money for Barnardo’s, they have also put on amazing events for our young people, some of whom will never forget the opportunities they were given.

“I am also very grateful to the Botanist staff now volunteering as mentors with some of the vulnerable children we work with – their time is invaluable and will make a huge difference to the lives of these young people.”