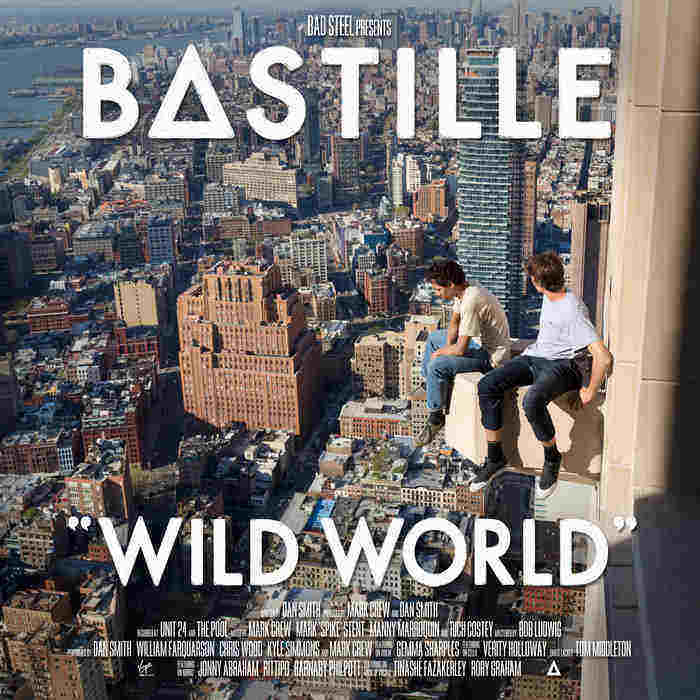 At first glance the striking artwork for Bastille’s hugely anticipated second album, ‘Wild World’, may prompt a number of questions. Who are the two individuals balanced precariously above a cityscape? Why are they there? What will happen next? But Dan Smith’s own interpretation of the image is one that runs through many of the songs on Wild World, “To me, the image isn’t about what’s just happened or what happens next,” he begins. “It’s not about how they got there or how they get down. It’s about sharing a moment — two friends existing in that split second in that exact space, two people framed in the vast context of this huge mad metropolis that we’ve all built. They’re there out of choice.” 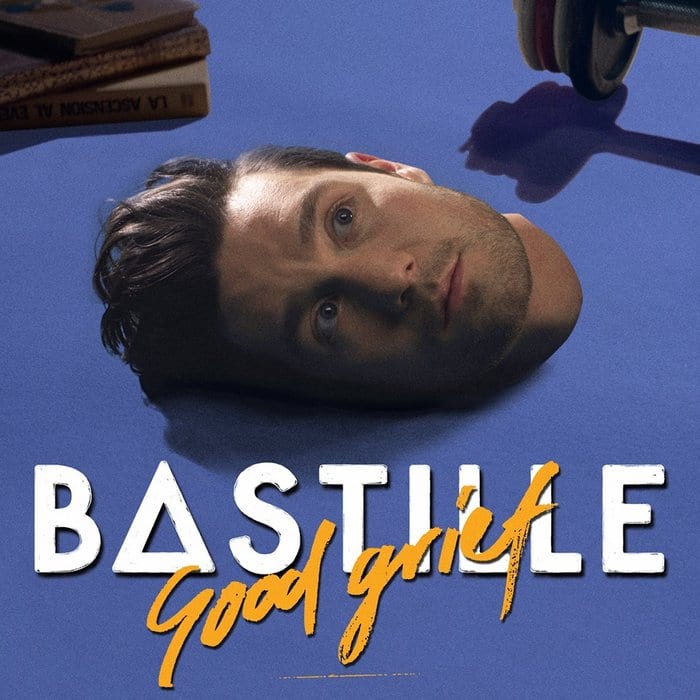 The announcement follows a fever pitch build spearheaded by infectious new single ‘Good Grief’, which received an incredible reaction across media and charted as last week’s highest new entry as well as achieving the most week-one streams ever for an alternative single. The surreal video for the track clocked up over half a million views in just 48 hours and the band’s recent triumphant Glastonbury set drew one of the largest crowds of the weekend and was hailed by the NME as “A masterclass in how to win Glastonbury.”

Wild World retains the vivid, rich, filmic song-writing of its predecessor but pushes the band’s distinctive sound in exciting new directions. Lyrically, too, it’s a leap forward, “If our first album was about growing up and the anxieties surrounding it” Dan explains, “Our second is about trying to make sense of the world around you, both as you see it and as it’s presented to you through the media. It’s also about asking questions of the world and of the people in it. We wanted the album to be a bit disorientating – at times extroverted and introverted, light and dark.” 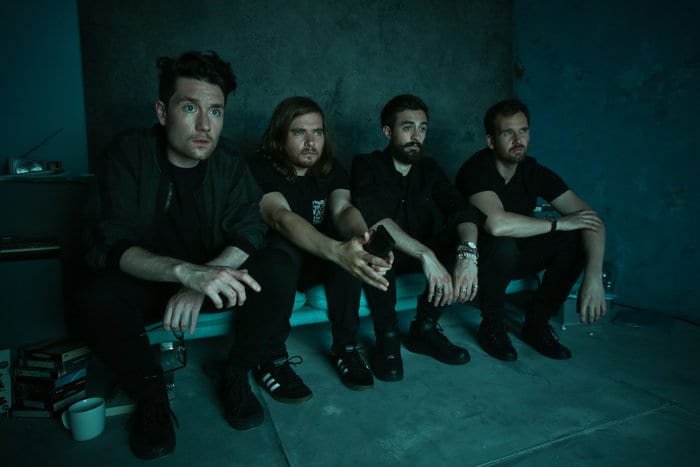 Written by Dan Smith and co-produced with Bastille fifth member Mark Crew, Wild World was recorded in the same tiny, South London windowless basement studio where the band recorded its predecessor. It’s a collection of fourteen songs (nineteen on the deluxe edition) that sees Bastille at their boldest and most daring. Anthemic yet thought-provoking tracks include the fiery, string-laden, ‘The Currents’, a poignant and timely song that was written about, “Specific public figures on both sides of the Atlantic, and how it can be hard to believe they can think certain thoughts, let alone say them out loud or get on a podium and broadcast them.” As well as the bombastic ‘Send Them Off!’ which boasts the attitude of a classic hip hop song set against the lyrical narrative and insecurities that are part of Bastille’s own DNA, whilst referencing both The Exorcist and Othello. The track exemplifies Dan’s belief in shuffle culture and the end of rigid genre boundaries. There’s also the pensive, stripped back Depeche Mode-esque sound bed for the band’s beautiful album trailer, ‘Two Evils’ which was recorded in one take;  As well as the irresistible and rousing ‘Snakes’ and the guitar heavy ‘Blame’, which Dan describes as, “Our first foray into big guitar riffs, in a fictional standoff between two gangsters. ”

But at the heart of it all, there’s a sense of escapism that runs through Wild World and a fascination with the human condition and the relationships we all forge, fight over and sometimes forget. “The world can seem a f****d up place,” Dan concludes. “But people — well, people can be amazing. The relationships you choose to have in your life are the main solace. They’re the things that make life awesome.”

To support the release Bastille announce the, ‘Wild, Wild World Tour’ taking in fourteen Arenas around the UK throughout October and November including a show at  Newcastle’s Metro Radio Arena. Tickets will be available at the links below. Presale starts Wednesday 6th July @ 9am with General on sale on Friday 8th July @ 9am.