Tyneside musician Aaron Bayley feels the time is right, to make a comeback 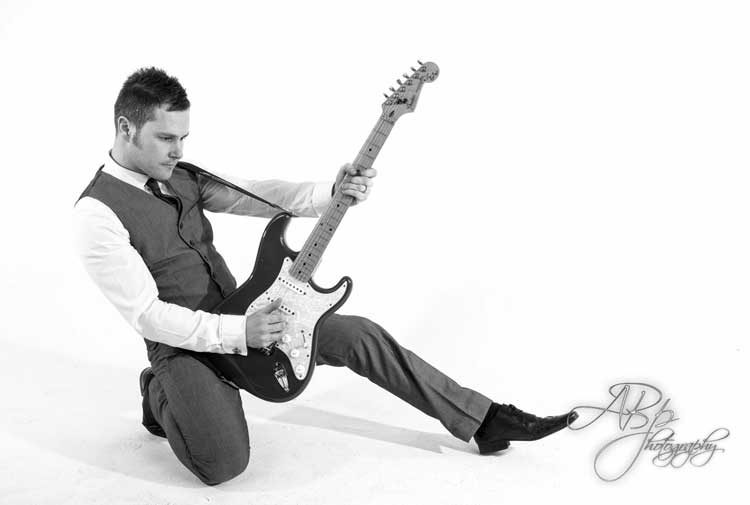 Having burst onto the music scene over a decade ago Tyneside musician, Aaron Bayley, is hoping for third time lucky, but feels the time is right, to make a comeback.

At 40-years-old Aaron, who took extended time away from the mainstream limelight to eventually marry Carly and to continue with the day-to-day making a living.

Independence Day (July 4) will see him launch ‘I didn’t plan to love you’ under Anne Jobling’s independent label, Rock North East. It is a track that, although not planned to be released, one which holds a special place for the artist, as well as for Anne.

He said: “I love it, really proud of the song and, with it being Anne’s favourite it made common sense to release this now. “Although it’s not going to be a huge release they do say that Rome wasn’t built in a day so I’m definitely going to give it a go. I’d been somewhat disheartened when I tried a comeback seven years ago so it’s nice to hear that people like my music and have some faith in it.”

Songs have meaning though and for Aaron, who has for a number of years been running side-by-side with four other, professional musicians in the Aaron Bayley Band, a step aside from reality (http://www.aaronbayleyband.co.uk) see this as being a sort of self-confessional track to his life.

“The song is about a jack-the-lad kind of guy who never planned on settling down and about the feelings he has for a woman,” added Aaron.

“Kind of like myself really and settling down at the ripe old age of 39, it’s maybe a self-confession at times. It is more of a pop ballad though I could have done it in the country style as well if I wanted.”

The track ‘I didn’t plan to love you’ is due for release on July 4 and Rock North East have an official launch party/acoustic night set for August 14 at the Corner House, Heaton where Aaron Bayley will appear alongside several special guests (information to be released in due course).

You can download his album, ‘Guardian Angel’ on iTunes https://itunes.apple.com/gb/album/guardian-angel/id413645104

To listen to ‘I didn’t plan to love you’ on SoundCloud https://soundcloud.com/rocknortheast/01-i-didnt-plan-to-love-you

Read More »
December 15, 2021
PrevHave you read?Intu Eldon Square and Intu Metrocentre Teacher of the Year Showdown
Next read...‘Paws’ for thought before planning your child’s partyNext