Big Audition is a winner all-round 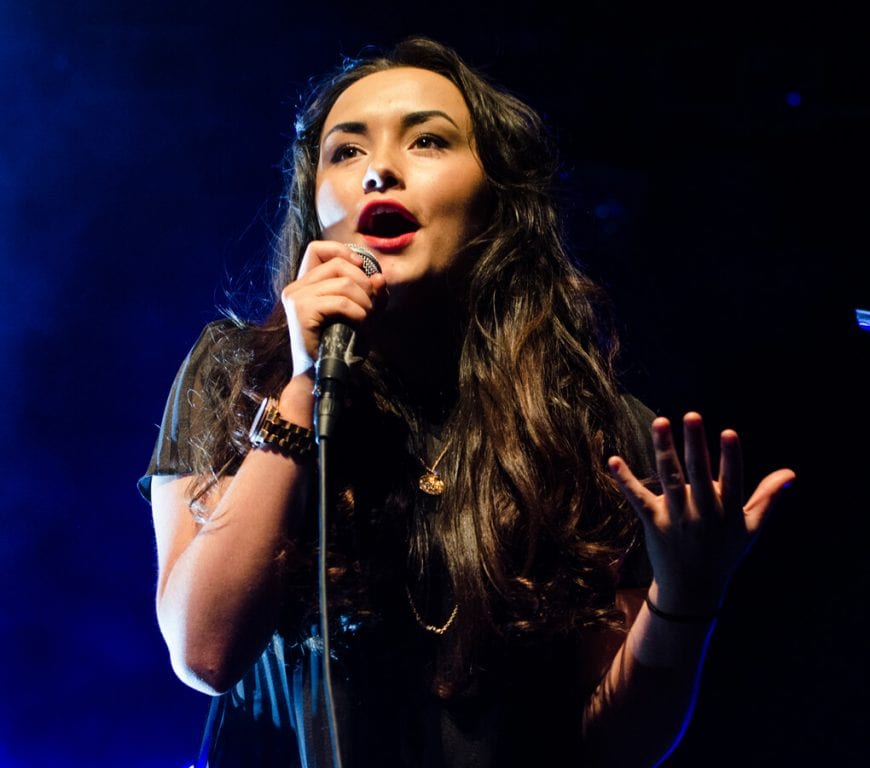 NINE of the region’s best emerging talent battled their way to win the prize of their dreams in the 2015 Big Audition final last week.

The competition, now in its third year, sees local artists compete to win the opportunity of a life-time to perform at the Metro Radio Arena alongside a host of chart-topping acts at the annual Christmas Live Event. Christmas Live will take place on Monday 7th December at the Metro Radio Arena. This year’s artists TBC but previous years have included the likes of Olly Murs, Leona Lewis, McFly, Labrinth, Little Mix and Amelia Lilly.

Organised in association with Metro Radio, Cash for Kids and sponsored by Newcastle College, artists are initially shortlisted through video entry and then set off on a two-week fundraising challenge to raise as much money as possible for charity Cash for Kids.

Abi, only seventeen years old, wowed the judges with her rendition of James Bay’s ‘Hold Back The River’ and Sam Smith’s ‘I’m Not The Only One’ which tipped the victory in her favour. It wasn’t clear cut though as both runner-up,Channy Thompson and third placed Craig Roddam were both crowd favourites on the night and the final scores were extremely close.

“I’m overwhelmed to have won this competition, the other acts were just amazing. I feel so lucky to have the opportunity to perform at the Metro Radio Arena in front of a huge crowd. I can’t wait!”

The competition raised an amazing £15,000 for Metro Radio’s charity Cash for Kids who help disabled and disadvantaged children across the region. Competition runner-up, Channy Thompson was top fundraiser raising an incredible £3359 and proved to be a fantastic ambassador for the charity.

Big Audition winner Abi said: “I’m overwhelmed to have won this competition, the other acts were just amazing. I feel so lucky to have the opportunity to perform at the Metro Radio Arena in front of a huge crowd. I can’t wait!”

Ged Cook, Newcastle College, said: “It’s great for Newcastle College to be involved in such a fantastic competition supporting local talent. The standard of the performances on the finale just blew everyone away. We’re all about nurturing and developing talent here at Newcastle College so it’s a great link and we’re proud to support a campaign that raised so much money for local children.”

Metro Radio’s Station Director Dominic Munnelly commented “We always knew the North East had talent but we were overwhelmed by the quality of the entries this year. Definitely the best we’ve had. The final was very difficult to judge, but Abi Garrido’s undoubted talent and passion for performing shone through.”

You can find out more about Metro Radio’s Cash for Kids at: www.metroradio.co.uk/charity/about

Read More »
December 15, 2021
PrevHave you read?Geordie Legends collaborate for a night oot not to be missed, Like!
Next read...Beat the Dealer at Bonbar and receive free drinksNext