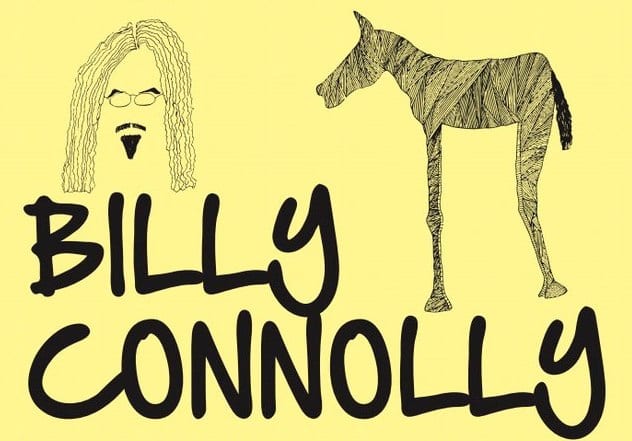 Billy Connolly is a stand-up comedian, actor, musician, TV presenter and artist.  After an apprenticeship as a welder in his hometown of Glasgow, he became a professional performer in 1962, forming The Humblebums band with Gerry Rafferty, before pursuing a solo career as a comedian.

Aside from starring in numerous films and TV series, Billy has toured worldwide continuously for the last 50 years, performing to an audience of over 10,000,000.  Billy was awarded a CBE in 2003, was given the Freedom of the City of Glasgow in 2010, and was named Britain’s most influential stand-up comic in 2012.

Perhaps best known for his moving performance as the loyal servant John Brown in the highly acclaimed Mrs. Brown, Connolly’s other film credits include Gulliver’s Travels, The X-Files: I Want To Believe, Fido, Garfield 2, Lemony Snicket: A Sereis of Unfortunate Events, The Last Samurai and Timeline. His previous film credits include Peter Kosminsky’s White Orleander, Troy Duffy’s The Boondock Saints and the sequel All Saint’s Day, Stephen Metcalfe’s Beautiful Joe and Barry Levinson’s An Everlasting Piece, Stanley Tucci’s The Impostors, Crossing The Line with Liam Neeson, the Muppet Movie version of Treasure Island, Gabriel and Me. Gentleman’s Relish and The Man Who Sued God, as well as the acclaimed BBC productions Down among the Big Bad Boys and The Life and Crimes of Deacon Brodie. His voice is also featured on the animated films Pocahontas and Open Season and the Disney Pixar animation Brave. Most recently, he has appeared in Quartet, directed by Dustin Hoffman, in the three-part adaptation of J.R.R. Tolkien’s The Hobbit, directed by Peter Jackson, and will be seen in the upcoming What We Did On Our Holiday alongside David Tennant and Rosamund Pike. 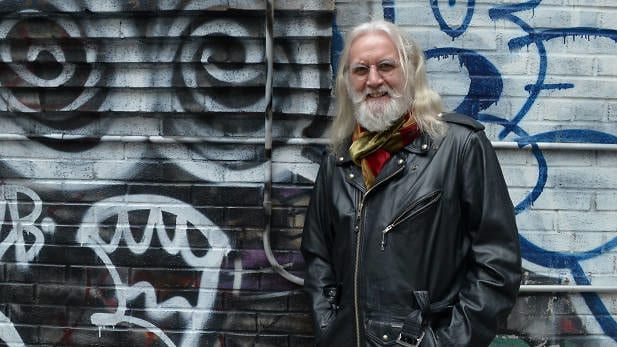 On television, Billy featured in Head Of The Class, which was later spun off into his own series, Billy. Connolly has also made various television guest appearances, most notably in the U.S. series House M.D. as well as Columbo, Third Rock From The Sun and Veronica’s Closet.

He hosted Billy Connolly’s World Tour of Scotland, a six-part series documenting a tour of his homeland, a theme continued later in his World Tours of New Zealand, Australia and England, Ireland and Wales. Billy has hosted television series Journey To The Edge Of The World and Route 66, as well as other specials such as Pale Blue Scottish Person, A Scot in The Arctic, The Bigger Picture and An Audience with Billy Connolly.  More recently he has presented the two-part series Billy Connolly’s Big Send Off.

Billy is now also recognised as an artist, as original artwork by Billy has been displayed in various exhibitions throughout the UK since 2012.