Blackfriars To Fuel Up The Toon Army With Championship Lunch 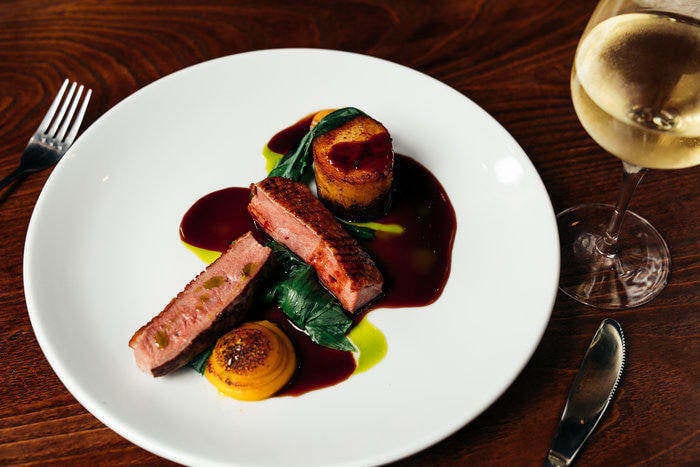 A Newcastle restaurant is planning a hearty three-course feast for Geordie footie fans to ‘wolf down’ ahead of NUFC’s home clash with Wolves, and thereafter for almost every home game.

Blackfriars Restaurant is opening its ornate Banquet Hall to host a special Championship Lunch on Saturday, September 17 from 12pm, prior to the Magpies’ game against Wolverhampton Wanderers at St James’ Park, which kicks off at 3pm.

Guests will be presented with a bottle of beer, cider, glass of wine or soft drink on arrival, before sitting down to a communal lunch in the 50-seat medieval Banquet Hall, which was built to entertain guests and nobles to Newcastle, and was the celebrated venue used by King Edward III to receive royal Scot, Edward Balliol, in 1334.

The three-course Championship Lunch, including arrival drink, costs £22.50 per person which can be booked and paid for in advance to enable a quick get-away and avoid missing kick-off! Fans can book online at: www.blackfriarsrestaurant.co.uk/events/176/championship-lunch or by calling 0191 261 5945.

The September 17 event will be the first of several Championship Lunches to be hosted at Blackfriars over the course of the season.

Andy Hook, owner of Blackfriars Restaurant and Banquet Hall, said: “We’re really looking forward to hosting the first of our new Championship Lunches – and we expect that the Geordie faithful will no doubt be ‘hungry like the wolf’ ahead of NUFC’s home game against Wolves!

“Our head chef Chris Wardale – and many of us here at Blackfriars – are passionate NUFC fans. We have such a great city centre location with St James’ Park a five minute walk away, so we wanted to introduce a way to get the Black and White Army together to enjoy a hearty lunch before cheering on the team. We have our fingers crossed for a successful season!”

Blackfriars dates back to 1239 and is one of the oldest restaurants in the UK. The restaurant received the Taste of England accolade at the North East Tourism Awards and was voted Best North East Restaurant in the Licensed Trade Awards.

Read More »
December 15, 2021
PrevHave you read?Geordie emojis Are On Their Way!
Next read...Courteeners Release New Single And Include Newcastle O2 Academy In Biggest UK Tour Yet…Next