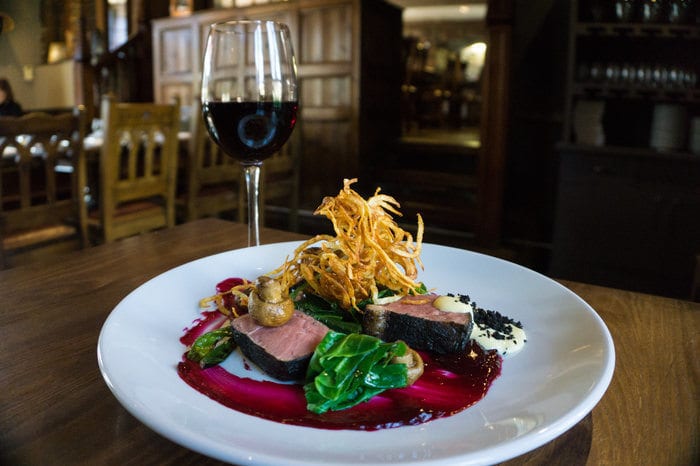 Newcastle-based Blackfriars Restaurant and Banquet Hall has unveiled a new menu full of locally-sourced, seasonal dishes, which is guaranteed to put a spring in the step of diners when they encounter the restaurant’s new look.

Owner Andy Hook, who has been at the helm of Blackfriars for 15 years, has dedicated the past four months to an ambitious scheme to refurbish the restaurant space and to renovate several empty areas of the historic venue – including the Parlour, library rooms, Smiths Hall, Tanners Guild Rooms and Dormitory Rooms.

The new spring menu, devised by head chef Chris Wardale, is the first menu to be served at Blackfriars since the completion of the renovation. Starters include such local specialities as Northumbrian ham, cauliflower cheese balls and hand-dived scallop, or Northumbrian goats’ cheese croquette and potato salad. 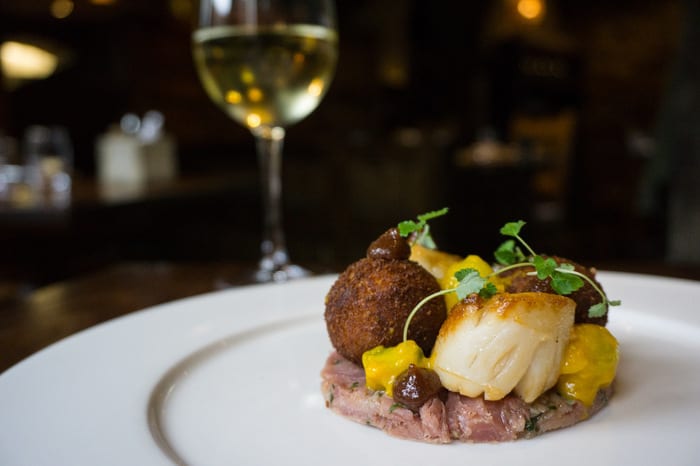 Guests can choose from such puddings as refreshing lemon posset, meringue and raspberry sorbet, or indulgent passionfruit cheesecake with passionfruit sorbet. 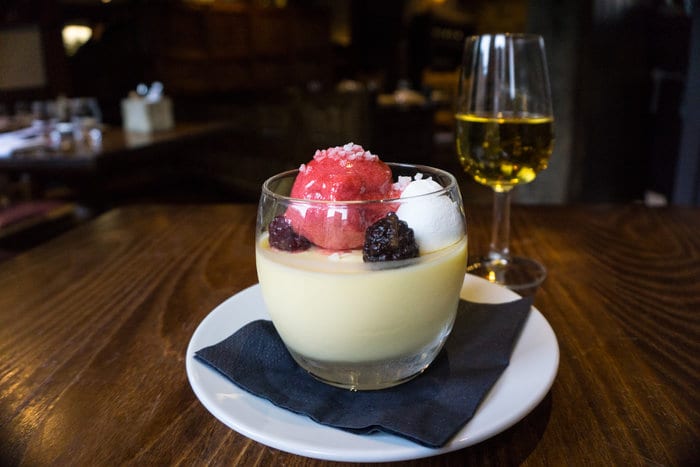 When guests arrive at Blackfriars, they can now relax in The Parlour Bar next to the restaurant, which was originally the heated waiting room for visitors to Blackfriars, and is now a unique setting where guests can enjoy a drink before their meal or relax with coffee afterwards.

Other renovations include the rooms above the restaurant, which were formerly the libraries for the Dominican Friars, and now form a larger Workshop space. The Smiths Hall, located directly above the restaurant, is set to form part of a public exhibition, and the upstairs Tanners Guild Tasting Rooms, which was once used by the Tanners Guild, will cater for a range of corporate and private events.

The Dormitory Rooms, once used as sleeping quarters for the friars, have also been fully refurbished and are now to be used as Medieval Meeting Rooms for visiting businesses.

Andy Hook said: “Our new spring menu is rather special, as it’s the first menu to be served in our newly revamped restaurant, and marks the successful completion of our hard work in renovating these fantastic medieval spaces. Our head chef Chris Wardale has carefully devised a number of creative, seasonal dishes – and we’ve already had some rave reviews for our game pie!

“It’s been a very exciting year so far, and the launch of our spring menu is the icing on the cake. We can’t wait to hear what guests think.”

Blackfriars dates back to 1239 and is one of the oldest restaurants in the UK. Its ornate 50-seat Banquet Hall was built to entertain guests and nobles to Newcastle, and it was the celebrated venue used by King Edward III to receive royal Scot, Edward Balliol, in 1334.

The restaurant received the Taste of England accolade at the North East Tourism Awards and was voted Best North East Restaurant in the Licensed Trade Awards.