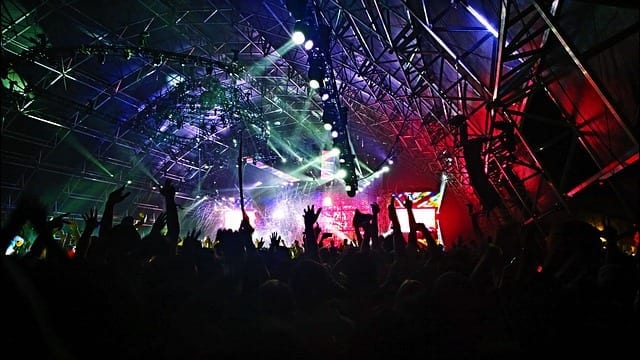 Bongo’s Bingo always sells out at lightning speed, but with new dates announced for February, should you be trying to get your hands on some tickets?

The bonkers bingo bonanza is back in the Boiler Shop in February with six new dates, including two Valentine’s specials.

If you’ve never been to Bongo’s you might be wondering what the big deal is and why everyone goes so crazy for a night of bingo?

It’s basically a madcap mix up of rave and bingo that has to be experienced to be believed.

Set to a to an old school soundtrack of crazy classics that have the crowd dancing on the chairs within minutes of the whole thing kicking off, it’s an evening of wild abandon accompanied by even crazier prizes.

The tunes depend on the bingo numbers being called and have everybody raving from start to finish.

Prizes range from boxes of cocoa pops to cash, with the odd mobility scooter or blow-up doll thrown in for good measure.

And it’s not just for students, a good mix of people go along, of all ages and stations in life.

Tickets have just sold out for January and February dates featuring boyband Blazin’ Squad, before this next lot of dates have been announced.

Past events have seen appearances from guests from Fatman Scoop to the Venga Boys and S Club 7 are set to appear at the December shows.

If you fancy getting in on the action, we reckon it’s well worth it.

Get online quick sharp as tickets literally sell out in minutes. Tickets can be bought on the Bongo’s website from 6pm on Wednesday 5 December.

Read More »
December 15, 2021
PrevHave you read?Where can you visit an air-raid shelter, do your Christmas shopping and join a festive sing-a-long all in one evening?
Next read...80s icon revealed for Mouth of the Tyne FestivalNext