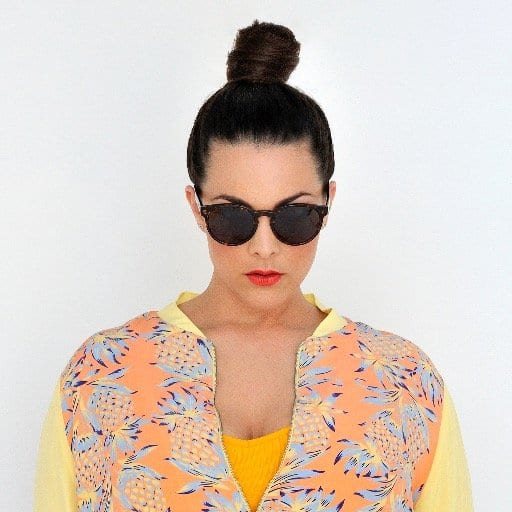 Speaking from the recording studio, where she is working on a new album, Caro said “A new year, new songs, a new show, a new tour. I can’t wait to come over to the UK again, I’m really looking forward to it, especially that dreamy Royal Albert Hall”.

Since the release of her 2010 multi-platinum debut album ‘Deleted Scenes From The Cutting Room Floor’ Caro Emerald has fashioned her own niche. Gorgeous and stylish, Caro blends retro jazz with sampling and modern pop to create her signature sound.

Caro’s second album ‘The Shocking Miss Emerald’, released in May 2013, entered the Official UK Album Chart at No. 1 remaining in the chart for an entire year. With more than 2.5 million record sales, 40 million YouTube views, a host of awards (including an Echo, Goldene Kamera, Edison Award, EBBA & MTV Music Award), and a string of sold out tours and performances at festivals throughout Europe including Glastonbury and Isle of Wight, Caro has made her mark.

“Everything about a Caro Emerald gig is cool” The Herald

In 2015 Caro performed at the Cheltenham Jazz Festival, with the concert broadcast live on BBC Radio 2, after which she returned to London to play a sold out show at Kew The Music and at Proms In The Park in Hyde Park. Her tour in November and December 2015 attracted excellent reviews and satisfied fans – as TheArtsDesk wrote “She leaves her audience joyous and sated”.

The Amsterdam Conservatory jazz-trained vocalist is an original pop star with the look of a Hollywood icon of yesteryear and a voice that oozes warmth and vitality. Her live performance is not to be missed – as The Daily Telegraph noted “Caro Emerald had everyone in the palm of her hand’’ and her “infectious sense of fun and vintage charm can be relied on to lift the spirits”.

INFO
This summer Caro and her band will be playing four UK festivals – Hampton Court Festival, Love Supreme, Summer Days and Larmer Tree – as well as shows on the continent Visit: www.caroemerald.com/tour.