CASH – Payin’ Respect To The Man In Black 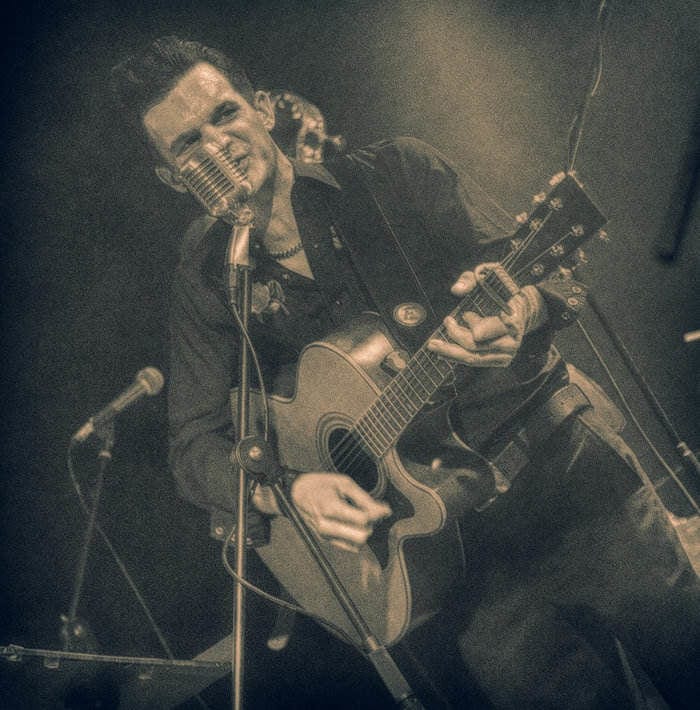 CASH, will touring the UK in 2017, performing at eight O2 Academy venues beginning in Glasgow at O2 ABC2 on 27 January and ending in London at O2 Academy2 Islington on 25 February.

As is so often the case with unique artists, it takes another one to fully appreciate them. Having lived the life and music of Johnny Cash and other country heroes who came before and since, Ben Welburn, akaCASH, has effortlessly recreated the sound, vibe and appeal of the master himself.

There are two types of people in this world: Those who like Johnny Cash and those that don’t know a damn thing about music. CASH are dedicated to making sure as many people as possible get in the know.

Frontman Ben Welburn realised it wasn’t just Cash’s musicality that they had in common, but they also shared a similar mind-set, “JR has always been rough around the edges and I don’t know why but I always felt I was born with an outlaw’s approach to life. Not that I was out there robbing trains or anything, but it was more of a mentality; just something inside of me really”, and CASH has been praised universally for effortlessly recreating the sound, vibe and appeal of the master himself. “I pay my respects to the man by getting his stuff out there again; reaching out to established and new fans, but in no way would I try to be him.”

As a youngster, the first time Ben had felt a deep connection with music and lyrics was when he heard Johnny Cash, and although he didn’t know it at the time, the singer would also become a very important figure in his adult life. “I had heard music before, of course. But this voice. His voice. It literally brought me to a standstill. The words too. They just struck a chord with me somewhere and I really felt I understood what he was saying. I got this man, even as a child I could feel it”.

Ben can certainly say that he’s officially ‘payin’ respect where respect is due’ with his jam-packed 2017 tour schedule.