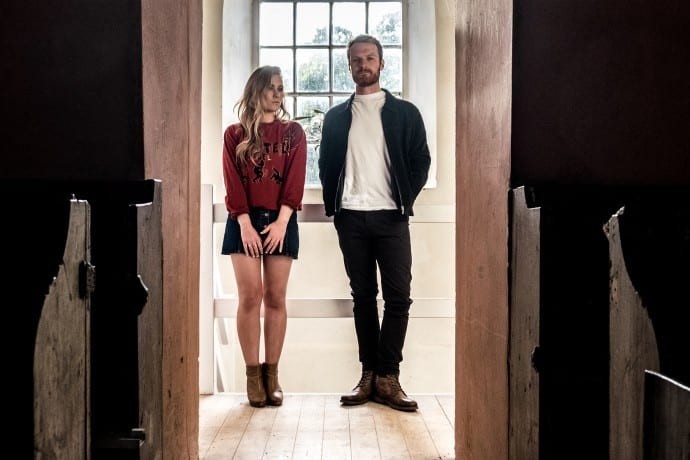 Led by siblings Joe and Helen Hammill, Cattle & Cane’s brand new single ‘Make Your Vision’ is the second track to be taken from the band’s sophomore album Mirrors, which is all set for release on Friday 28th April. A full UK headline tour follows in May.

Produced by Luuk Cox at ICP Studios in Brussels and mastered by Frank Arkwright (Arcade Fire, Coldplay, New Order) at Abbey Road Studios in London, ‘Make Your Vision’ pictures sun-drenched scenes with the song’s array of luscious synth swells, catchy percussion and driving bass. Incorporating a sound that borders around legendary acts such as Fleetwood Mac and more modern emergents like Laurel and Joseph, ‘Make Your Vision’ radiates around Helen’s soaring vocals.

2016 saw the band perform at acclaimed tastemaker events such as Reeperbahn Festival, Live At Leeds and Evolution Emerging, as well as at some of the UK’s finest boutique festivals including Cornbury, Deer Shed and Bingley Music Live. They also toured abroad for the first time with gigs in Germany, Malta and Belgium, while a sold-out 1,000 capacity hometown Christmas show at The Middlesbrough Empire ensured a triumphant finale to the year.

Wasting no time in making their mark in 2017, Cattle & Cane are heading out on the road with The Head and The Heart later this month and then embarking on their own headline tour in May:

* supporting The Head and The Heart.

With extensive radio support from BBC Radio 2, BBC Radio 6 Music and Amazing Radio, Cattle & Cane have been heavily championed by the BBC Introducing team and previously performed on their stages at T In The Park and BBC Radio 2 Live in Hyde Park. Since being released back in December, recent single ’7 Hours’ has already clocked up over 250,000 streams and numerous radio plays from the likes of Dermot O’Leary and Janice Long. With two more new singles coming before the release of the album, 2017 looks set to see Cattle & Cane’s ubiquity in their native Teesside continue to spread far and wide.

LISTEN TO ‘MAKE YOUR VISION’