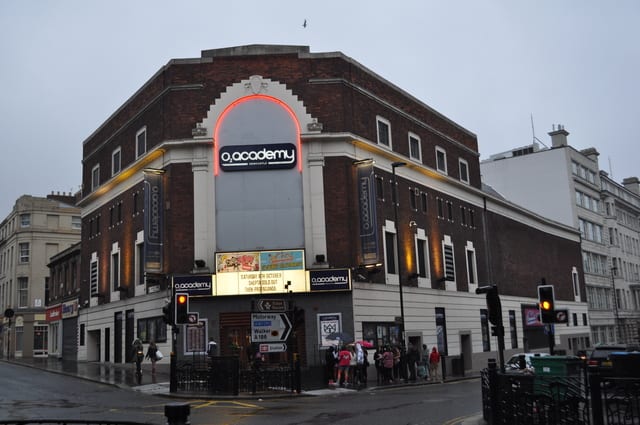 This October, O2 Academy Newcastle invites you to join them in a huge celebration, as the venue marks 10 years since its launch and a decade in the city.

Featuring a 10 band bill made up of artists with their roots firmly in the north east, the night dedicated to home grown talent will cost just £10.

O2 Academy Newcastle will also be reaching out to undiscovered talent in the region and are looking for two new and unsigned acts to join the line-up to open the main room and O2 Academy2.

“Over the last decade, it’s been a privilege to see so many talented artists grace our stage, from new and emerging successes to internationally acclaimed acts…”

More details and how to enter will be revealed over the coming weeks, and there will also be opportunities for music enthusiasts and fans to share memories and be a part of this event honouring the local live music scene.

“Over the last decade, it’s been a privilege to see so many talented artists grace our stage, from new and emerging successes to internationally acclaimed acts. For this anniversary, we wanted to focus on the incredible array of talent in the region and have a real celebration of our heritage and local artists, ten great bands, all for a tenner.” Paul Twynham, General Manager, O2 Academy Newcastle.

Little Comets will headline the main stage on Wednesday 14th October. Fronted by brothers Robert and Michael Cole they have unleashed a brand new line up in July and with an album released earlier this year, their live set will be the perfect finale to this anniversary bash.

Joining them in the main room are formerThe Futureheads and Golden Virgins band members, Dave Hyde and Neil Bassett as Hyde & Beast, alongside bombshell Du Blonde and Shields, who were recently picked by Everything Everything to join a competition for a slot at the Reading and Leeds Festivals. O2 Academy2 features Kosoti, Cape Cub, Street Party In Soho and Tessera Skies.

“To have been at the beginning of an era with O2 Academy Newcastle is amazing. I remember that opening night being extra special and returning to play again for this 10th anniversary celebration is something I’m extremely proud to be a part of, performing new material with Hyde & Beast.” Dave Hyde, Hyde & Beast.

The building on Westgate Rd is iconic and has had entertainment at its heart since opening in the early 20th century. From a cinema and a ballroom to a live music venue, it has witnessed some seminal performances from The Beatles and The Who in the sixties, to some of today’s greatest live acts includingBlur, Adele, Kings of Leon and Kasabian.

Academy Music Group acquired the site in April 2005. It was its tenth venue to open, alongside other iconic venues, O2 Academy Brixton and O2Shepherd’s Bush Empire in London. An extensive refurbishment programme ensued, which saw several original features restored, a secondary smaller space to develop up and coming artists and a main auditorium capacity of 2,000. The launch night took place on Friday 14th October 2005 with headliners,The Futureheads with special guests Field Music and Kubichek!

TICKETS
Tickets on general sale Friday 14th August at 9am from: ticketweb.co.uk or 0844 477 2000. O2 customers can purchase tickets 48 hours in advance on PRIORITY