Chef set to Verti-go for it at Dine event

Dine by the Tyne is to dominate the Newcastle-Gateshead skyline from 12th – 15th May but for one chef, the nerves are already starting to set in… 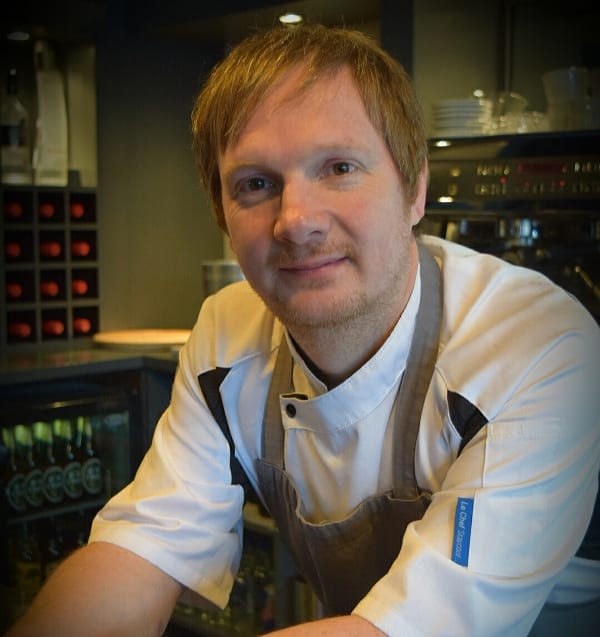 River Beat’s head chef and owner, Andy Drape is going above and beyond for his restaurant- putting aside his dreads to be elevated 100ft in the sky. Bizarrely though, Andy suffers from acrophobia – the fear of heights.

When event manager Jacqui McKirdy from Off the Wall Events approached River Beat, Andy’s response was an outright no. After thinking it through, Andy found there was no particular reason he suffered the fear and decided to get involve and is hoping he can shelve his acrophobia for at least a few days.

As Andy explains, it was time to put the business before himself: “When Jacqui asked me about it at first I was all ears. Then came the fact that it’s in the air and I was flat out against it. But, I had a think and it ended up being a case of when am I going to get this chance again?

“I just kept on thinking what an amazing, once in a life time experience for me and River Beat so I’d be silly not to do it really. Also, it gives me the chance to really face my fears head on whilst doing something I love.

“There’s going to be some top class views up there, but I won’t really be enjoying them too much!”

River Beat has only been open a matter of months and Andy says it’s something that he has taken into consideration before taking the high road over his fears.

“We’re relatively new to the restaurant scene so I thought it’s a good way to get our food out there in a different way and show what we’re all about.

“Being suspended above Gateshead’s Performance Square is great for Gateshead – Even though Newcastle and Gateshead are meant to be together there’s still a bit of a rivalry between the two but it’s all just good fun.”

Andy’s River Beat is set to take his restaurant to new heights on May 12, joining regional foodie staples Sachins, Peace and Loaf, Hawthornes and Redhouse among others in the summer sky. And Andy has revealed he has one final trick up his sleeve to beat the wobbles way up.

“Stand still, keep serving and have a bit of babbling nervous banter with the diners!”

INFO
For tickets and more information visit: www.eventsinthesky.co.uk or www.offthewallevents.rocks