A group of volunteers are helping to save one of Newcastle’s best-loved theatres this autumn... 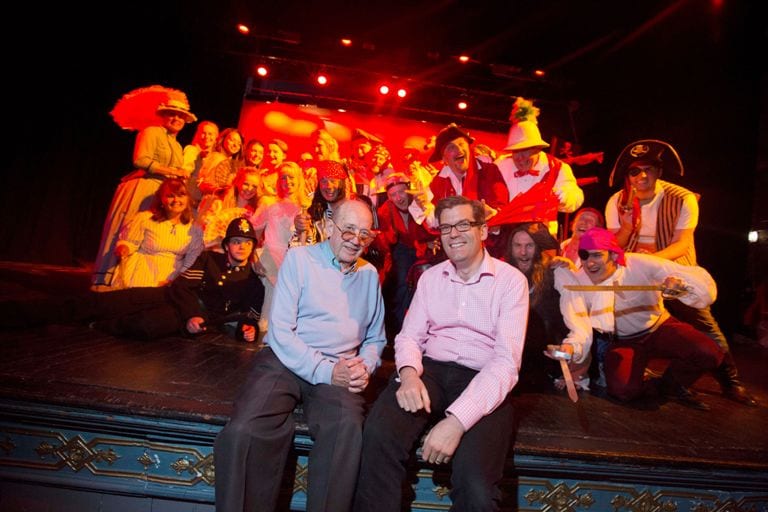 THE show is set to go on for one of Newcastle’s best-loved theatres with a group of volunteers stepping into the showbiz spotlight this autumn to raise funds for its ongoing preservation.

With a cast and orchestra of over 60 amateur and semi-professional actors and musicians, the popular show promises an energetic comedy interpretation of the operetta, based on a rollicking band of pirates too kind-hearted for their own good.

Organisers are looking forward to showcasing the talent on offer and highlighting the venue as a place where other like-minded groups can perform, to help ongoing efforts to restore the theatre to its former glory. All profits from ticket sales will also go directly to the preservation of the iconic Grade-I listed building.

“My fellow Trust members and I are really keen to ensure it is a resounding success and drive home the importance of community support in keeping buildings such as this alive – they are the cultural backbone of our society.”

The show’s musical director is Mike Wilmot, finance director for Gosforth-headquartered Parkdean Holidays. The award-winning holiday operator is the headline sponsor for the show and has provided the Trust with set and costume support, alongside various other up-front costs to get the show off the ground.

The Pirates of Penzance showing will also mark the 80th birthday of fellow director, Jack Dixon, who played a key role in bringing the theatre back to life through initiating a ‘Save the Stoll’ campaign following its closure as a cinema in 1974.

Mike said: “My personal connection to the theatre goes way back. Not only was I a member of the youth theatre alongside my sister, who is now a professional actress – I was even an usher there in my teens. I also have a vivid recollection of my Mum and Dad helping to remove the theatre seats for preservation on Boxing Day in 1985 following a near-devastating fire, so needless to say it’s a building I feel very passionately about preserving.”

Originally built in 1867, the Tyne Theatre & Opera House is one of the oldest fully operational Victorian theatres in the UK and has been through various stages of ownership and functionality during its time. Its unique features include a beautifully lavish auditorium and intact full set of Victorian stage machinery.

The Pirates of Penzance has been performed numerous times at the Tyne Theatre and Opera House over the years, therefore it’s fitting it will mark the Trust’s first community production since its formation in 2007.

Renowned for its witty plot; deception, paradoxes, revelations and bravery make up a colourful production which is peppered with tuneful sing-alongs and a sparklingly funny script, sure to entertain audiences of all ages.

Mike added: “This production of The Pirates of Penzance will bring back former members and staff of the Theatre from over 30 years ago, alongside members from other local societies, so it is a real labour of love for everyone involved.

“My fellow Trust members and I are really keen to ensure it is a resounding success and drive home the importance of community support in keeping buildings such as this alive – they are the cultural backbone of our society.”

WHERE & WHEN
The Friends of Tyne Theatre and Opera House’s production of The Pirates of Penzance will run from Tuesday 22 September to Saturday 26 September, from 7.30pm each evening.

TICKETS
Further information regarding tickets can be found on the Theatre website: www.tynetheatreandoperahouse.uk or by calling the booking hotline, 0844 249 1000.

*Audience members will also have the opportunity to take part in a pre-performance theatre heritage talk and tour, for which advance booking is required.