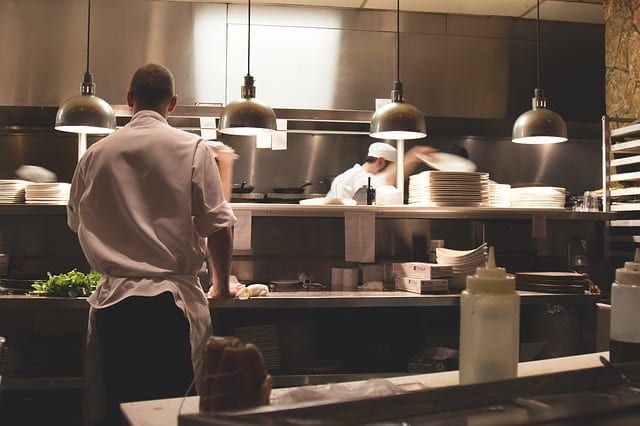 The Toon’s most mouth-watering event is back with more restaurants signed up than ever before.

The date has been announced for the 16th NE1 Newcastle Restaurant Week, which will take place between 21 – 27 January 2019.

Over 100 city centre restaurants are lined up to take part, offering the traditional Restaurant Week opportunity of dining in style for £10 or £15 per head.

Among the 100 plus restaurants signed up for the event are a number of newcomers who have opened in the city since the last Restaurant Week was held in August, including Umai Mi, who were quick to get involved only weeks after opening their doors.

The idea was to turn the spotlight on the city’s restaurant scene and encourage people to try out some of the city’s top restaurants for the first time, all for a fixed price menu.

Newcastle Restaurant Week was the first of its kind in the UK and many other cities have adopted the initiative, seeking to emulate Newcastle’s success.

The event was designed to boost trade at traditionally quiet times of the year in January and August.

However, it is now so popular that the week is among the busiest of the year and sees many of the restaurants fully booked.

It hit the 100 milestone mark for those taking part, delivered a £500,000 business boost for the venues and saw almost 50,000 people dining out throughout the week.

Results from participating restaurants showed an 11% year on year increase in trade during the week making last January’s NE1 Newcastle Restaurant Week the most successful to date.

“Newcastle Restaurant Week is one of the most popular events in NE1’s annual events calendar and is eagerly anticipated each January and August.

“We originally launched the event in answer to an appeal from the city’s restaurants to devise a solution to help drum up business at traditionally quiet times of the year.

“We’ve more than solved this problem with the two Restaurant Weeks now among the busiest weeks of the year.

“We launched the initiative with only 13 restaurants and it has grown dramatically ever since, mirroring the expansion of the city’s restaurant scene.

“We’re always delighted to welcome new restaurants into the fold and hope they have a successful week.”

“January is a timely period to celebrate the great food and wines offered by the best of Newcastle’s restaurants.

“It’s great to see those passionate about food and hospitality working together to promote NE1 Restaurant Week, giving diners and visitors a unique opportunity to sample the quality and diverse range of venues and cooking that’s on offer around the city.

“All of our restaurants are supporting the week, along with St Vincent, our recently opened wine bar on the Quayside.”

Newcastle now has more restaurants per square mile than any other Northern city, and the highest independent start up rate of any city outside London.

Rhona Clarke, Marketing and Design Manager at new restaurant Umai Mi said:
“We are so excited to be involved in our first NE1 Newcastle Restaurant Week.

“The event is so well established and provides an ideal opportunity for people to come and experience Umai Mi perhaps for the first time while enjoying the Restaurant Week offer of 3 courses for only £15 per head, which is great value.

“Umai Mi is a Pan-Asian restaurant, which literally means the 5th taste both delicious and tasty and we can’t wait for people to come and experience the restaurant and its sharing menu and to spread the word.

“Being part of the Newcastle Restaurant Week experience will be an exciting challenge for our new restaurant but we are gearing up and can’t wait to welcome diners.”

For details of all participating venues and to download NE1 Newcastle Restaurant Week vouchers visit https://www.getintonewcastle.co.uk/ne1-events/restaurant-week

Read More »
December 15, 2021
PrevHave you read?Greggs is launching a vegan sausage roll
Next read...Five wonderful winter walks within half an hour of NewcastleNext