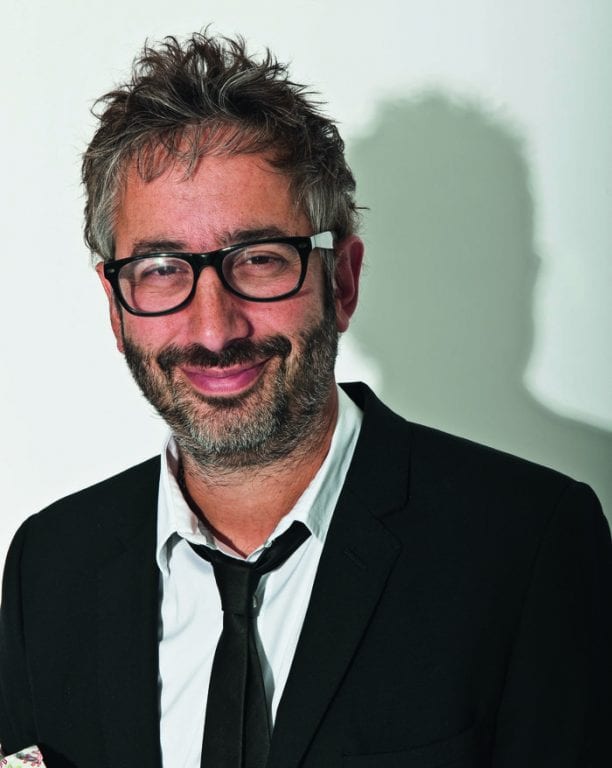 Following a sold out run at London’s Menier Chocolate Factory and two critically-acclaimed West End runs, David Baddiel is bringing his Olivier-nominated one-man show My Family: Not the Sitcom to Newcastle Theatre Royal for one night only on Sunday 11 March 2018.

Last seen at the Theatre Royal in December 2014 with his critically-acclaimed show Fame: Not The Musical, personal, accomplished comedian, author, screenwriter and television presenter Baddiel is back with a show about memory, ageing, infidelity, dysfunctional relatives, moral policing on social media, golf, and gay cats!

Opening to a wealth of glowing reviews, the show has been described as ‘Baddiel launches himself into the Louis CK league of no-holds-barred comedy’ (The Metro), ‘This is a rare production that boasts side-splitting laughs and also moves people to tears’ (Evening Standard), ‘Universally joyful’ (Chortle) and ‘Compelling to watch both for its unvarnished truth and complicated affection’ (The Guardian).

Celebrities have been raving about the show too; Russell Brand tweeted ‘Go see Baddiel’s beautiful show. Sex, death, dementia, golf memorabilia, grammar nazis and actual nazis. I “loved” it’ while David Walliams posted ‘I was lucky enough to see Baddiel’s new comedy show… Hilarious & incredibly moving’.  Ross Noble said ‘if u can get a ticket do it such a great show. genuinely touching as well as funny’ while Bill Bailey tweeted ‘terrific show by Baddipersonal, hilarious and touching in equal measure. See it while you can’.

David Baddiel comes to Newcastle Theatre Royal for one night only on Sunday 11 March 2018 at 7.30pm. Tickets £29, no concessions or Friends Discount. Booking opens on Friday 19 May 2017 at 10am, become a Friend of the Theatre Royal and book now.

To find out about becoming a Friend visit theatreroyal.co.uk/support/become-a-friend. Tickets can be purchased from the Theatre Royal Box Office on 08448 11 21 21 (Calls cost 7ppm plus your phone company’s access charge) or book online from 19 May at: www.theatreroyal.co.uk This show has a recommended age of 12+.