Discover An Alternative Path Through A Fabricated History 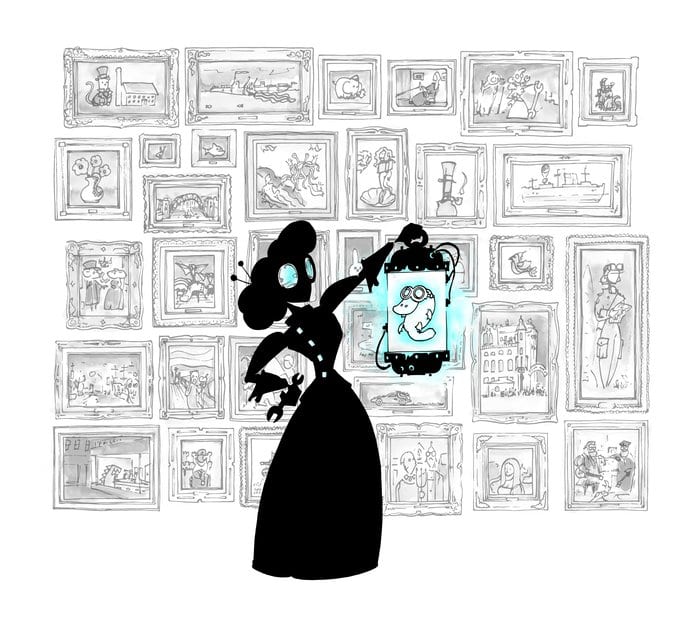 From steam-powered airships to clockwork computers and Neo-Victorian fashions, Fabricating Histories: An Alternative 19th Century explores what might have happened in science and art had history taken a different path.

Inspired by the research of Northumbria University’s Dr Claire Nally into the subcultural phenomenon of steampunk and Neo-Victorianism, the new exhibition features the work of five contemporary artists who have reimagined the art, fashion, and technology of the 19th century. Fabricating Histories: An Alternative 19th Century is a collaboration between Northumbria University, and Tyne & Wear Archives & Museums, with support from Arts Council England, and opens on Saturday 12 November, at Newcastle’s Discovery Museum.

Five artists and designers – Dr Geof, Nick Simpson, Larysa Kucak, Phil Sayers and Charlotte Cory – visited the museum archives and produced new artworks, reinterpreting pieces from Tyne & Wear Archives & Museums collections. Dr Geof has redesigned the famous Turbinia vessel as if it was powered by the Lambton Worm, while Larysa Kucak has designed a corset based on a nineteenth-century parasol. Phil Sayers meanwhile has reimagined Ada Lovelace’s legacy as a woman in science, and Charlotte Cory has been reworking the art of celebrated North East painter John Martin.

Dr Nally, Curator and Senior Lecturer in Twentieth-Century English Literature at Northumbria University explains, “Research for my upcoming book, ‘Steampunk: Gender, Subculture and the Neo Victorian’, has revealed how much we are invested in redefining the 19th Century – TV shows such as Penny Dreadful, for instance, rethink the 19th Century and its literature. Fabricating Histories does something similar, but we are looking more broadly at the Victorians, through steampunk and gothic.

“The artists have taken objects from the museum’s extensive collection, and reinterpreted them from the perspective of the contemporary moment, reframing traditional expectations about art and society, and exploring ideas, questions, and practices that construct a fabricated history.”

The exhibition will present a range of media, including photography, literature, drawing, fashion and textiles, bringing together commissioned pieces from the five artists and designers, alongside artifacts from the collection, which were previously in storage and unavailable for public viewing. There will also be items from the Science Museum in London, and from private collections.

A number of public events are also scheduled to take place as part of the exhibition, including talks by the graphic novelist Sydney Padua, and Bryan Talbot, who received an honorary Doctorate of Letters from Northumbria in 2012.There have also been contributions to the exhibition from Dr Carol Davenport and the Think Physics team at Northumbria, Creative Writing lecturer Tony Williams, and New Writing North.  The launch night for the exhibition will also benefit from generous donations of Puffing Billy and Hickey the Rake beer from Wylam Brewery, gin from Steampunk Gin and Fentimans soft drinks.

Fabricating Histories: An Alternative 19th Century follows an earlier exhibition at the Discovery Museum by Northumbria’s Fashion students. Re:fashion featured 60 exquisite objects from the collection at Newcastle’s Discovery Museum, made between 1701 and 1916. These objects were selected as a starting point for the University’s Fashion students to explore the idea of real and imagined histories. Fabricating Histories is supported by the Arts Council North East.

Northumbria’s Humanities department features a range of fascinating courses, including English Literature, Creative Writing and History, and is currently ranked Top 15 and Top 20 in the UK for History and English respectively for the quality of its research publications. To find out more about studying at Northumbria come along to our next Open Day on 26 November. Click here to find out more.

Fabricating Histories opens this weekend and runs until Sunday 21 May 2017. Discovery Museum is open seven days a week, with free entry. Donations are welcome. Click here for full details and share your thoughts about the exhibition on social media by using #fabricatinghistories