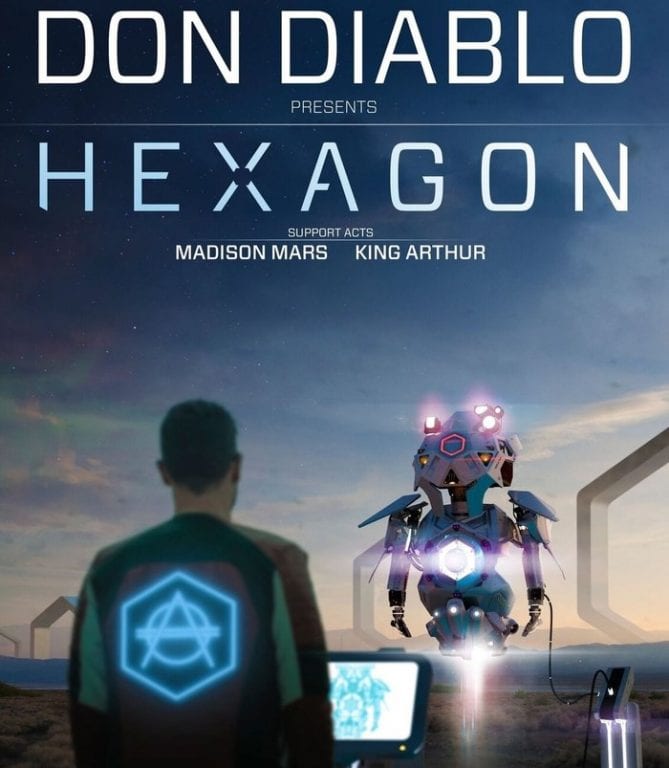 Bringing HEXAGON for very the first time to the UK, Don Diablo has announced details of his ‘2016 UK Headline Tour’.

“I am super excited to kick off my first ever official headline tour in the UK. I have always had a special connection with the UK crowd, so it was an obvious choice to start my HEXAGON world tour there.

It’s had been the craziest summer of my life, so I am taking one month off before the shows to finish off a lot of new music and to perfect the show both musically as well as visually so it will definitely become an unforgettable experience. Also thrilled to bring Madison Mars and King Arthur, two of the main artists on my HEXAGON label, along with me to support this adventure. It has been amazing to see them grow so fast and I am excited for everyone to hear their new music as well. I hope the UK is ready, because we plan on taking things to the next level!” (Don Diablo)

Named DJ Mag’s ‘Highest Climber’ in the Top 100 Poll and third Bestselling Beatport Artist in 2015, Don Diablo has had a huge year.

A packed global schedule has seen him play the mainstages of Tomorrowland, EDC, Creamfields, Mysteryland, make his debut at Lollapolooza whilst remixing Bastille, Madonna, Ed Sheeran, Rudimental and Birdy.

Don launched his label HEXAGON (Beatport’s Best New Label) last year, with the first release staying at the Number One position for over 2 weeks. The HEXAGON radio show is broadcast in over 35 countries, holding a Top 10 position in theiTunes podcast section every week.

Bringing HEXAGON to the UK, the Tour features support from Madison Mars and King Arthur.

TICKETS
Tickets are available at: *ticketweb.co.uk

Read More »
December 15, 2021
PrevHave you read?It’s ‘Up And Up’ For Twister As They Release ‘Trees’ Single
Next read...Grab Last Minute School Essentials From Amazon Prime Now!Next