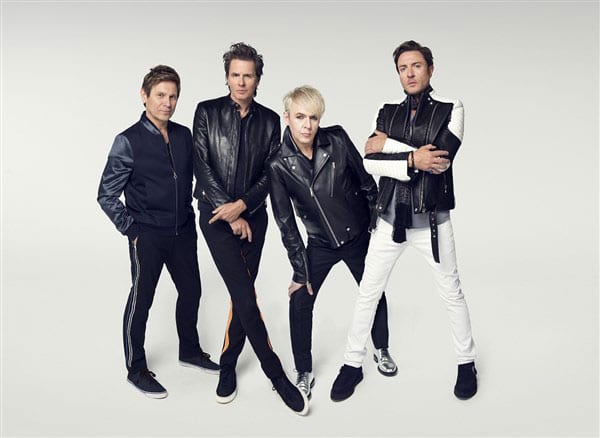 The songs on Paper Gods capture the duality and sense of conflict at the heart of Duran Duran’s music. “It really goes back to that strange early Duran mix: the hard-edged pop, coexisting with this dark, weird, experimental side,” John says. “That’s something that’s essential to all of us,” Nick adds. “It’s great to be able to lift people’s spirits — and your own — with a strong shot of pure pop, but the world we live in isn’t all just made of that stuff, so it seems natural to me that we have kept one foot in the darker, more Gothic side of life.”

Alongside news of the new album, Duran Duran have also announced that they will perform a series of summer festivals, as well as several shows in the U.S. in September and October, followed by a UK arena tour that kicks off in late November reaching Newcastle at the Metro Radio Arena on Saturday 5th December 2015.

Formed in Birmingham, England, in 1978, Duran Duran is one of the most culturally influential and commercially successful bands of all time, topping the charts around the world over the past three decades and selling more than 100 million records worldwide. The band has been honoured with multiple Grammy, BRIT, Ivor Novello, and MTV Video Music Lifetime Achievement Awards, as well as a 20th Century Style Icon award from the City of Milan. In July, they will receive the Spotify UK Lifetime Achievement Award at this year’s 40th Anniversary O2 Silver Clef Awards. Tireless innovators, they are always at the vanguard of music, fashion, art, technology and film — a group with unique and everlasting appeal.

Read More »
December 15, 2021
PrevHave you read?Millennials too posh to picnic?
Next read...Solano’s – The New Restaurant named after a Newcastle United LegendNext