Dusky Set To Release Album Ahead Of Digital, Newcastle Gig 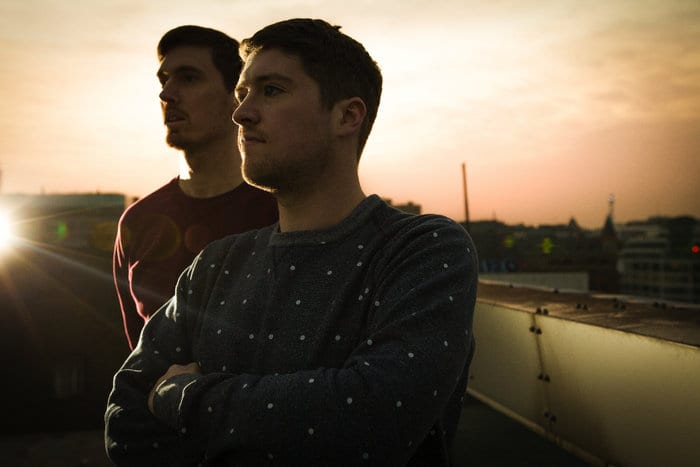 Responsible for some of the biggest UK house anthems in recent years (‘Careless’ and ‘Yoohoo’ among them), London duo Alfie Granger-Howell and Nick Harriman aka Dusky have announced the tracklist for their much anticipated artist album Outer – available to pre-order HERE.

It represents the latest step in a journey that has seen the pair appeal to electronic music fans of many ages and tribes. Favourites of Radio 1’s dance music curators Annie Mac, Pete Tong and Danny Howard, Dusky remain regulars on both Resident Advisor DJ polls and Rinse FM tracklists alike. As DJs they have played everywhere from Berlin’s Panorama Bar and Ibiza’s DC10 to the biggest EDM festival stages in America, whilst their new audio-visual live show upholds a tradition established by great British dance duos The Chemical Brothers, Orbital and Leftfield.

In Outer, the duo have sought to distill the immediacy of their many dancefloor passions whilst “drawing on our wider influences and exploring sounds beyond our DJ sets”. Removed of restrictions, the album’s first single ‘Ingrid Is A Hybrid’ provided a window into these new experiments, but also sounded instantly Dusky. Blending cut-up vocal samples, vintage progressive house references and 90s rave motifs in a modern style, it was named an “instant classic” by Annie Mac and was a standout moment in recent live shows at London’s Field Day and Manchester’s Parklife.

“‘Ingrid Is A Hybrid’ fills one particular area on the album and it’s a big moment in both our live shows and DJ sets, but ‘Outer’ was meant as an exploration of many sounds, moods and influences,” explains Nick. “Our favourite albums always have that balance and a sense of journey that brings it all together as a cohesive body of work,” adds Alfie.

“The one thing we wanted to avoid at all costs was having lots of features for features sake,” explain Nick. “Our vision for the collaborators was a really simple one,” adds Alfie, who himself sings on the blissed-out indie electronica of ‘Marble’. “Work with artists we respect and admire on tracks that genuinely demand that something extra to fulfil their potential – in each case here, there was something specific that we felt each particular collaborator could bring to the track in question.”

It’s an honesty and integrity that runs through ‘Outer’, an album that remains anchored by the 2am rave experience and draws on the duo’s many shared moments consumed by it; whether as teenage drum & bass ravers at long-gone Kings Cross warehouse Bagleys or off-duty DJs at Glasgow’s Sub Club.

From the Orbital-referencing synth-and-strings crescendos of intro ‘All We Ever Needed’ to the UK house meets hardcore-era Prodigy of ’Runny Nose’, the duo’s unique capacity for inventive sampling and cleverly reshaping their halcyon influences remains as dominant as it did on their breakthrough underground club singles.

But – as back then – it’s the musicality, nuance and individuality of the duo’s artistic expression that sit Dusky on their own and Outer is their most accomplished work to date. In an era of supposed playlist dominance and single cherry picking, Outer is an artist album in the classic sense. One with a beginning, a middle, an end and plenty twists and turns in between.

Debuted as Inbox Fresh on Mistajam’s 1 Xtra show, London duo Dusky deliver their most distinctive hybrid yet on new single ‘Sort It Out Sharon’ featuring the godfather of grime Wiley – the latest single from their forthcoming album Outer.

A unique mutation from two UK legends, ’Sort It Out Sharon’ wrestles industrial techno, grime and ’93 rave vibes into a warehouse belter that takes both acts into new territory, whilst referencing their past.

Focused on an icy and mechanical instrumental, ‘Sort It Out Sharon’ always felt perfect for the godfather of grime’s voice and flow. Having previously contributed rhymes on leftfield electronic outings with the likes of Zomby andMark Pritchard, the grime icon duly delivered some of his most uncompromising bars to date.