Shane Richie and Jessie Wallace swap the screen for the stage 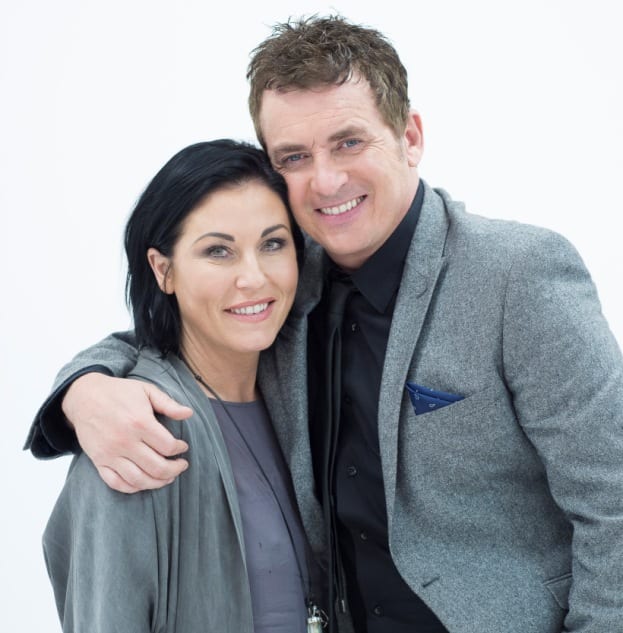 Soap fans will be used to seeing this pair gracing their screen as EastEnders duo Kat and Alfie but Shane Richie and Jessie Wallace have swapped the screen for the stage for the very first time as they come to Newcastle Theatre Royal with The Perfect Murder from Mon 22 – Sat 27 Feb 2016.

The pair have never starred together on stage before and although the setting is new, the set-up is similar, with the actors cast in another tumultuous husband and wife relationship for this adaptation of the bestseller by International bestselling crime thriller novelist Peter James.

Jessie said: “Part of the reason I wanted to do this was because of the great script but also getting to work with Shane on stage, which we’ve never done in 14 years of working together. I’ve worked in the theatre a few times and I love the whole journey of it – from meeting everybody, like new cast members and the production team and the director, to making this product and putting it on stage. Going into it with Shane is another experience for me, but our chemistry from EastEnders is a great help.”

And those characters are Victor Smiley and his wife Joan, who’ve been married for a long time. But their marriage has reached crisis point and Victor has decided there is only one way to get Joan out of his life forever… but he’s about to get a nasty surprise… As a young Detective Roy Grace starts to investigate his very first homicide case, dark forces intervene and Grace begins to fear that nothing is quite as it seems quite as it seems…

The Perfect Murder is adapted from the book by International bestselling crime thriller novelist Peter James, who has had numerous No.1 best sellers around the world, has sold over 16 million books of his Roy Grace series, and is published in 36 languages. The Perfect Murder spent 15 weeks at No 1, remaining for 50 weeks in the iBooks Top 10.

Directed by Olivier award winner Ian Talbot and adapted by award winning writer Shaun McKenna, this highly acclaimed dark comedy thriller delighted and frightened audiences across the country in 2014, with its darkly funny and gripping storyline.

And both stars say they are looking forward to the thrilling audiences with this new UK tour, as much as they are looking forward to being live on stage again. Shane said: “I miss the butterflies when I’m not doing theatre. A lot of people in the business don’t like that but I love that thing of not being sure if you’re going to pull it off or not. There’s a danger if you’re in a long-running show where, although it doesn’t stop being enjoyable, you’re not being tested. With film or television if you get it wrong you stop and do it again, but with theatre there’s a lot of people out there to see you get it wrong.”

Jessie added: “But when you’re working with someone so closely and you know each other inside out, if you do drop the ball – which we won’t – the other person is there to catch it. The buzz of performing in front of an audience is why you become an actor in the first place and when you’re on stage you can do something new every night. You’re doing your craft, the thing you learned to do, and it’s even better when you’re doing it with your best mate. It’s just great.”

WHERE & WHEN
The Perfect Murder plays at Newcastle Theatre Royal from Mon 22 – Sat 27 Feb.

TICKETS
Tickets are from £17.50 (pay less online) and can be purchased at www.theatreroyal.co.uk or from the Theatre Royal Box Office on 08448 11 21 21 (calls cost 7ppm plus your phone company’s access charge).