Easter in Newcastle: Ten ways to keep the kids happy over the school holiday 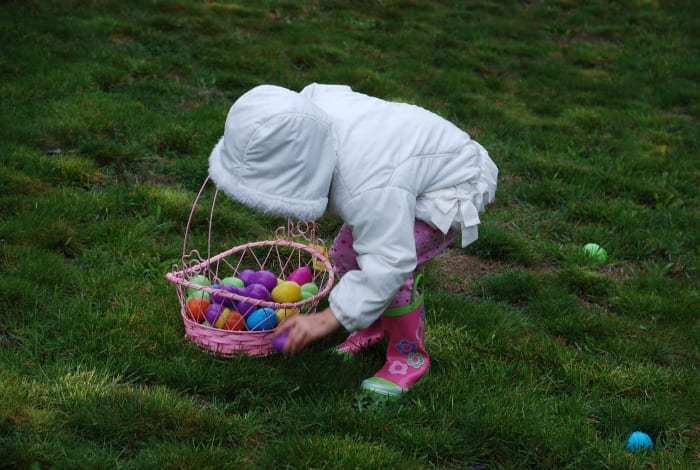 With the school holidays starting at the end of next week, parents all over Newcastle might be breaking into a cold sweat, wondering how on earth they can keep the little lovelies occupied.

Well worry not, there are plenty of fun activities going on this Easter in Newcastle, and the surrounding areas.

From egg hunts and art classes to baby lamb meet-and-greets and the Newcastle Puppetry Festival, the kids are about to have their best Easter holiday yet.

Seven Stories has always been a dependable destination for school holiday fun and this Easter is no different.

Throughout the holidays, the centre will be holding story-time events three times daily and there’ll be a number of Easter-themed workshops for kids aged two to five where they’ll learn how to make chick nests. For fans of the book We’re Going on a Bear Hunt, there’s an extra-special event which includes an adventure in Ouseburn’s Victoria Tunnel followed by stories and crafts back at Seven Stories.

The Newcastle Puppetry Festival returns to the Toon for a second year and as luck would have it, the event runs for the first week of the Easter school holidays.

A handful of venues across the city are taking part by hosting a range of indoor and outdoor events that celebrate all things puppetry related. That includes tonnes of things for families with kids to do, from puppet shows and workshops to a puppet petting zoo and large-scale puppet parades down Northumberland Street.

To mark the school holidays, Life Science Centre is offering free admission for kids with a paying adult.

As April is Global Astronomy Month, the discount means it’s the perfect time to explore the centre’s space-themed exhibitions and planetarium shows including Museum of the Moon, Alien Invasion and Moonstruck. In keeping with the Easter holiday theme, there’ll also be a scientific chocolate tasting demonstration and an Easter trail around the centre with prizes for kids that complete it.

For parents with pint-sized Picassos on their hands, the Laing Art Gallery has the perfect way to keep kids entertained this Easter in Newcastle.

The gallery is offering two courses over the holidays aimed at different age groups interested in getting arty – an Art Academy for kids aged seven to ten and an Art School for 11 to 16-year olds. The younger group will get to experiment with techniques including clay sculpting and printmaking while the older kids will work alongside professionals to produce a portfolio of their own artwork.

Could there be anything more quintessentially Easter than an egg hunt? Well, apart from scoffing as much of the chocolate variety as is humanly possible of course.

Thanks to a partnership between Cadbury and the National Trust, there are loads of egg hunts being held near Newcastle at locations including Gibside, Wallington Hall and Housesteads Roman Fort at Hadrian’s Wall. Not only are the egg hunts educational, the kids are also rewarded with a chocolate prize at the end.

Over at the Washington Wildlife Centre, it’s all about Lego this Easter holiday. Alongside a Lego brick animal trail featuring giant owls, otters and kingfishers the centre is also holding a series of hour-long Lego building workshops which includes a relaxed workshop for children with autism and sensory needs.

On a more Easter-themed note, the centre will be hosting a giant Easter duck trail over the Good Friday weekend featuring loads of fun for the kids and plenty of prizes to be won.

Northern Stage has not one, not two but three shows perfect for keeping the little ones occupied over the school holiday.

First up on 6 April is a show from local storyteller Chris Bostock who’ll be on hand to entertain kids with a collection of stories from around the world. On 12 April there’ll be three performances of Mischief and Mystery in Moomin Valley – a show featuring magical puppetry and interactive play – and on 18 April there’s two performances of Puss in Boots by the Northern Ballet.

Easter brunch and picnic at The Biscuit Factory

In collaboration with children’s party organiser Katie’s Garden, The Biscuit Factory is holding a series of super-cute bunny themed brunch and picnic events over the Easter weekend.

Upon arriving, guests will get a bunny makeover before dining on delicious chocolate milkshakes and yummy food. There’ll be lots of dancing and plenty of games too alongside fun activities including Easter slime-making, hook-a-duck and a giant Easter hunt with sweet treats to be found along the way.

The Easter holidays aren’t all about chocolate eggs and bunny rabbits. They also happen to coincide with prime lambing season.

At Kirkley Hall Zoological Gardens near Ponteland, they’re holding a special lambing weekend from 13-14 April where visitors can meet some of the farm’s newest arrivals. Better yet, it’s included in the regular ticket price so alongside meeting lots of lambs, kids can also meet other Kirkley Hall animal residents including monkeys, alpacas and wallabies.

Parents of tiny history buffs should head to the coast this Easter where at Arbeia Roman Fort in South Shields there’s plenty of fun and free things to do over the holidays.

Kicking off the Easter festivities is a Roman Spring Fayre on 6 April featuring a Roman market, gladiator battles and hands-on archery demonstrations. Later in the month, Arbeia will host two of its ‘Crafty Romans’ events where kids can get creative by making crafts inspired by the fort’s heritage.