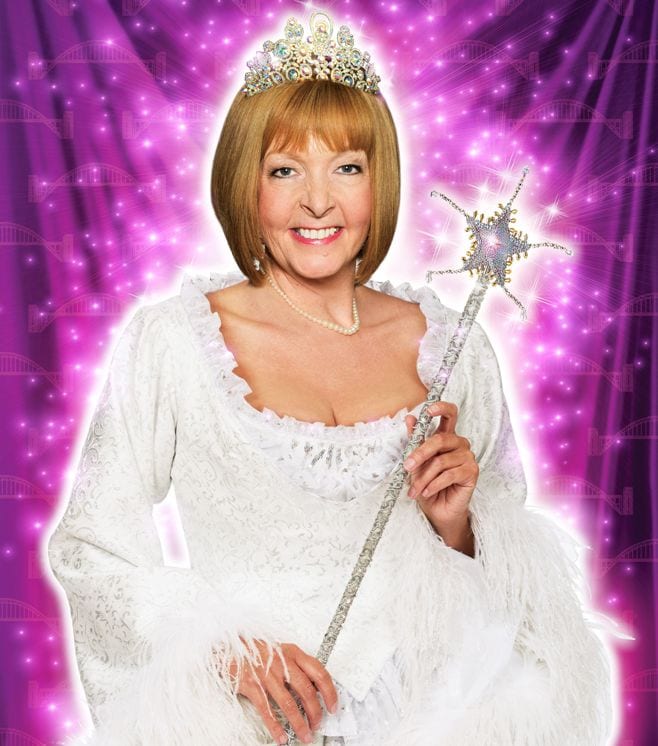 Award-winning soap star Charlie Hardwick is set to join the cast of the North East’s biggest panto, Dick Whittington at the Theatre Royal. Charlie joins Danny Adams, Clive Webb and Chris Hayward who have delighted Newcastle audiences for over a decade and broken box office records every year.

Following today’s announcement that she will be leaving Emmerdale, Charlie is delighted to confirm that she will be playing at Newcastle Theatre Royal for the panto season from Tuesday 24 November 2015 until Sunday 17 January 2016.

Charlie has been a regular on the ITV1 soap since 2004 and in that time she has proved a hit with soap fans and critics alike and was nominated six times for Best Comedy Performance at the British Soap Awards, an accolade she won in 2006.

Hailing from Newcastle, Charlie has also appeared in the films Purely Belter, Billy Elliot and The Scar (for which she won the Best Actress award at the Monte Carlo Film Awards). She also appeared in the UK tour of Cooking with Elvis alongside Frank Skinner and The Awkward Squad. Charlie will be starring as the Spirit of the Tyne, waving her magic wand and ensuring our hero, Dick Whittington, achieves fame and fortune!

Charlie joins Danny Adams and Clive Webb, who make their eleventh consecutive pantomime appearance at the Theatre Royal. With their much-loved and hilarious slapstick, physical comedy and slosh routines, audiences are guaranteed to be in stitches at the award-winning father and son duo. Danny plays the title role of Dick Whittington, while Clive plays Councillor Fitzfenwick.

Making his ninth appearance in Newcastle alongside Danny and Clive, Chris Hayward also returns, complete with his glittering array of costumes and wigs, all of which he designs himself. Playing the role of Dame Rita Fitzfenwick, Chris will provide all of the glamour and sparkle Newcastle theatregoers have come to expect from the North East’s premiere pantomime.

Charlie Hardwick said: “I’m really excited to be making my pantomime debut, especially in front of a home crowd in Newcastle. I know I’ll be in very safe hands alongside Danny, Clive and Chris and I can’t wait to help Dick Whittington become Lord Mayor of Newcastle”.

Director and Executive Producer of the Theatre Royal’s pantomime Michael Harrison said: “Adding Charlie to our wonderful line-up will guarantee Newcastle audiences yet another spectacular pantomime season. Visitors to the Theatre Royal won’t be disappointed by the hilarious comedy routines, spectacular sets and special effects, music and dance. Tickets are already selling fast so early booking is advisable”.

Already 55,000 tickets have been sold for the panto, a full six months before opening – a new record best for the region’s favourite Christmas show.

Dick Whittington is produced by Qdos Entertainment, the world’s largest pantomime producer, which will stage 24 productions throughout the UK this Christmas. With ticket prices to suit all pockets, audiences won’t have to head to London to seek their fortune in order to enjoy spectacular pantomime at Newcastle Theatre Royal this Christmas!

WHERE & WHEN
Dick Whittington appears at Newcastle Theatre Royal from Tuesday 24 November 2015 until Sunday 17 January 2016.

TICKETS
Tickets are available from £12.50, (save 50p per ticket by booking online). Tickets can be purchased from the Theatre Royal Box Office on 08448 11 21 21 or select your own seat and book online at www.theatreroyal.co.uk