We take a look at EA sports’ latest FIFA offering 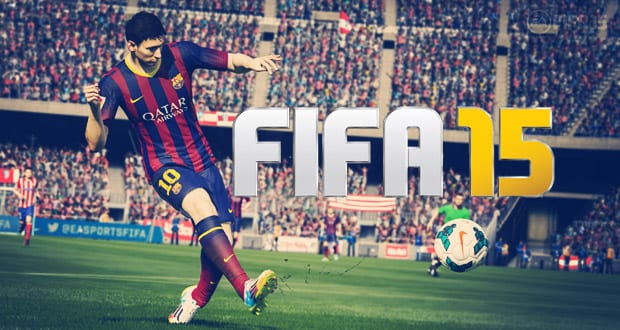 When EA sports unveil the same, nearly perfect game year after year, the distinctions between old and new become harder to differentiate. But for those of you, like me, who’ve played FIFA religiously since the dawning of football sim time, even the small, subtle changes can have a massive impact to the overall Fifa experience.

In terms of gameplay, FIFA 15 has some very noticeable changes from its predecessor. As far as offering an authentic soccer atmosphere every match, the game is unparalleled. Suarez even bites people! Here’s a brief summary about what’s new pussycat;

The Ref is as mean as Mike Dean!
Whilst playing the 15 demo, I’ve noticed that it’s difficult to get away with some of the more “unorthodox” moves you could in the past. For example, bumping a player off the ball can result in a penalty. “Referee”!

Golden Balls
Touches on the ball — whether passes, dribbles, shots, feel sharp. The ball appears to jump off of whatever it touches, which brings up the speed of play and allows attacking players more control when passing and shooting.

Shots fly like the wind
Unlike its predecessors, FIFA 15 boasts a more realistic shot on goal. Now, when a ball is struck with some welly, it will deviate from its flight path without losing speed or too much accuracy. The accelerated bend on a driven ball or volley can turn a prayer into a ‘money shot’ without infringing on the goalkeeper’s intelligence.

Your granny and your mum will think that you’re watching the match!
The Xbox One version of this game truly looks next-gen. Fifa now boasts stunning visual mods including; visible imprints on the pitch as a result from running hard then stopping, sharp cuts, and falls. Along with strips that move in the wind and more expressive faces, the visual component of this game is strikingly beautiful.

Unlike its peers, FIFA 15 is now a near perfect resemblance of what Football should look like, EA has successfully increased the “fun” attributes of the sport whilst retaining its fundamentals. They’ve also slipped in a few variables that allow more organic scoring so as to make the game less robotic than 14 was at times. Defenders are less likely to stop through passes just because they’re standing near them, shots sneak underneath goalkeepers, and deflection goals actually happen.

Summary
Buy it — this is the biggest upgrade we’ve seen since the games came to Xbox 360 and PS3.