Finally a day to put a smile on Toon fans’ faces 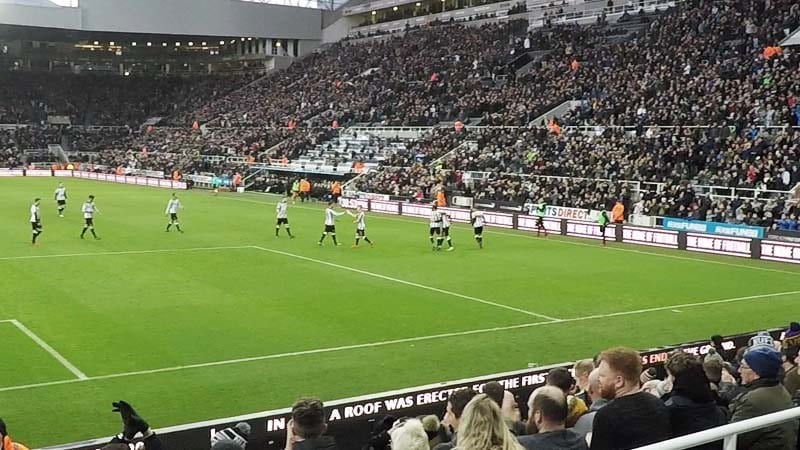 After a miserable run of results and a disappointing transfer window, the mood at St James’s Park has been as low as the club’s league position.

But in typical Toon style, Newcastle United stunned fans with an astonishing display against Manchester United on Sunday, and picked up three precious points to lift them out of the bottom three.

It was an encouraging performance from the Toon who showed creativity going forward and dug deep with some gutsy defending to bag a first home win since October.

Both sides had good chances in the first half, and Newcastle had claims for a penalty when Dwight Gayle was brought down on the edge of the box, but it was goalless at 45 minutes.

New keeper Martin Dubravka shone on his debut, making some crucial saves to ensure that Jose Mourinho stayed without a league win at St James’ Park.

Despite the fact that Newcastle only managed three shots on target, the team worked hard, with the stats showing they ran more, and were faster than their opponents.

But it was Matt Ritchie’s second half goal which set the two sides apart and gave the Geordies their first home victory in months.

Now, Newcastle need to build on this epic win with some more points at Bournemouth in two weeks and stay out of the relegation dogfight.

1. Benitez’ boys took the lead and held it, unlike in the last two games when the Toon have lost the advantage and had to settle for a draw.

2. Newcastle are now out of the relegation zone, and can go into the next game against    Bournemouth with confidence and a spring in their step.

3. The Toon have proved that they can beat the big teams, which will give fans hope with games against Arsenal, Chelsea, Liverpool and Tottenham still to come this season.

4. The fans got a good day out and noise levels at St James were reminiscent of the pre-Ashley era.

5. We beat Manchester United. Get in.

Read More »
December 15, 2021
PrevHave you read?Take your Valentine to a romantic candlelit dining experience at GREGGS
Next read...Last minute inspiration for an original Valentine’s DateNext