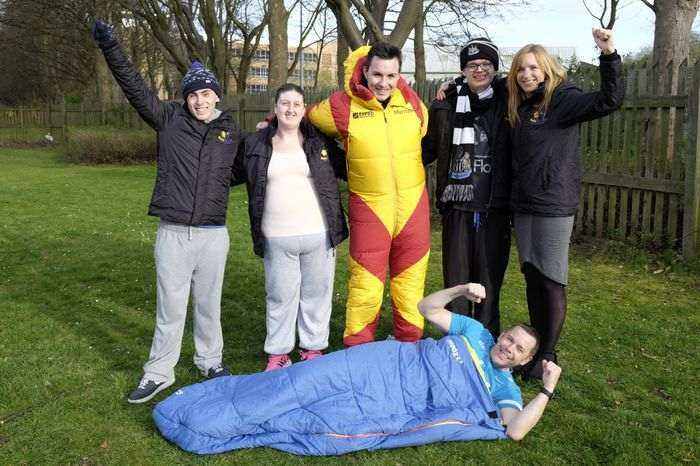 Five youngsters with learning disabilities will have to rely on their survival skills as they battle sub-zero temperatures on a once-in-a-lifetime journey to the Norwegian Fjords.

The determined team of trekkers from Smile For Life Children’s Charity will travel to Scandinavia for the chance to go sledge-riding with huskies, camp on a frozen lake and forage for food.

Charity chief executive Paula Gascoigne said the trip is all part of the charity’s commitment to inspiring youngsters with disabilities and learning difficulties.

She said: “This is a huge thing for them. Most have not been away from home without their parents and don’t like doing physical activities so they are really pushing themselves. They have been training, going to our Fit Club, doing Zumba and other activities to get ready for it.

“We want to create lasting memories for them and show them they can do the same things as any other young person with the right support.

“We took two youngsters to Morocco two years ago, and it was all about overcoming the obstacles they would face out there. Afterwards we wanted to plan a bigger expedition with more young people with a wider range of learning difficulties and disabilities.

“We chose this group because they are our young ambassadors and they have shown they are so dedicated by raising the money needed to fund their trip. We are so proud of them all.” 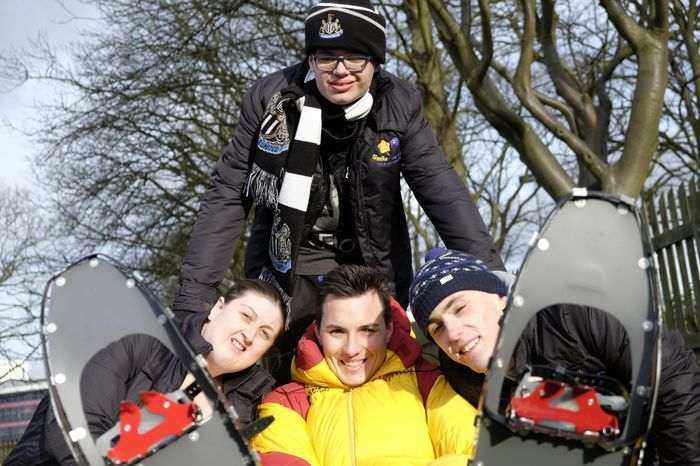 Paula and the charity’s sports and treks manager Iain Jamieson will join the fantastic five when they leave for Norway on Monday 17th April from Stansted Airport.

They fly into Oslo where they will have the chance to explore one of the world’s most impressive capital cities before embarking on a train ride to the mountain village of Finse.

From the moment their arrive their determination will be tested as they camp out in insulated tents and sleeping bags in temperatures as low as –16 degrees Celsius, dig ‘survival holes’ and learn how to melt and purify snow to make water.

The adventure has been specially-organised in partnership with Exped Adventrues, based in Cumbria, who have made the trip accessible and appropriate for the young people.

Lewis, who has raised nearly £2,000 so far, said: “I am really looking forward to going to Norway, even though it will be scary without my parents!

“I am so excited for this opportunity. I really think it is going to change my life. I have to say thank you to Paula and Iain for organising the trip. I can’t wait!”

Cole, who has also nearly hit the £2,000 mark, added: “I have been abroad before but haven’t done anything like this. This is going to be a once-in-a-lifetime experience.”

Amber added: “I’m really excited to try something new with some of my friends. We will be doing sledging and camping on an ice lake which sounds like so much fun!”

The charity also runs Café Beam in Gosforth – offering work experience placements to youngsters with disabilities as part of their mission to improve the lives of disadvantaged young people across the north-east.

All five of the trekkers have worked in the café, learning new skills, and are heavily involved with the charity’s many events.

For more information about the charity and what they do, head to www.smileforlife.org.uk or follow them on Twitter at @SmileforlifeNE or search for them on Facebook.

Read More »
December 15, 2021
PrevHave you read?Watching The Us Masters? Here’s How To Be At The British Masters In The North East
Next read...The Geordie Book Of Magic Set For ReleaseNext