Frankie Lee Returns To The UK This January 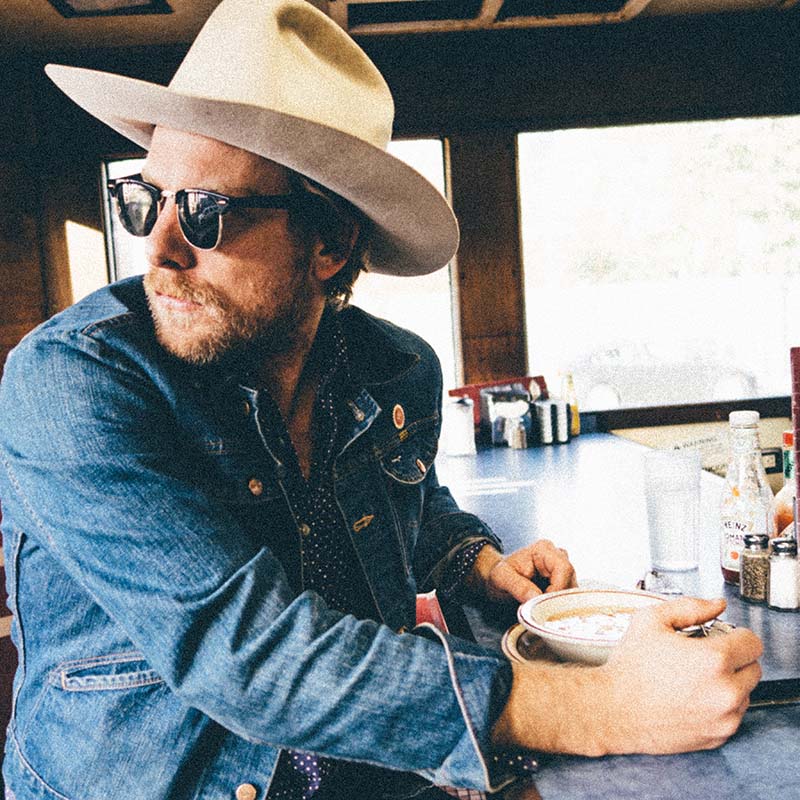 This January, honey-toned troubadour FRANKIE LEE returns to the UK and EIRE to support legendary Americana songstress PATTY GRIFFIN for her 2016 live dates.

After a whistle-stop tour at the end of 2015 to air his critically acclaimed debut album ‘American Dreamer’ this side of the Atlantic, the Minnesotan singer-songwriter will return for all nine dates in the run of gigs.

Kicking off at Gateshead’s Sage 2 on the 15th of January, the tour will see Frankie and Patty subsequently stop off at Dublin, Belfast, Nottingham, London, Bristol, Birmingham, and Milton Keynes before a final night at the Manchester RNCM on the 26th of the month.

Frankie released his gritty, reflective debut long player ‘American Dreamer’ in the Autumn of 2016 via Loose Music. The album was recorded at Real Phonic Studios in Minneapolis and unfurled the incredible journey behind its making through 10 autobiographical vignettes put to an epic alt-country soundtrack.

TICKETS
Tickets are available at: https://tickets.sagegateshead.com/booking/production/syos/38928?performance=

BIOGRAPHY – THE MAKING OF ‘AMERICAN DREAMER’

Born on the banks of the Mississippi river, Lee’s family later moved to Minneapolis. Following the death of his father in a motorcycle accident when he was 12, Frankie immersed himself in the city’s music scene, appearing onstage with local heroes Slim Dunlap (The Replacements) and Curtiss A at the impressionable age of 14.

Inheriting records and instruments from his father’s collection, Lee was – as he sees it – “taught to play guitar by a ghost”. He continues, “I was raised on stage. These guys would bring me into the clubs, sit me behind the soundboard and give me all the coca cola I could drink until they’d call me up for a song or two at the end of the night.”

At the age of 20, Lee dropped out of college, re-invested his soccer scholarship funds in a Volvo Station wagon and embarked on a life-long love affair with America’s open roads. Lee’s first stop was Nashville, where he met Merle Haggard on the same day he drove into town.

“I was raised on stage. These guys would bring me into the clubs, sit me behind the soundboard and give me all the coca cola I could drink until they’d call me up for a song or two at the end of the night.”

Lee then moved on to Austin, TX where he spent 6 years working for Townes Van Zandt’s son JT building cabinets outside of town in Buda, TX. The two became good friends and Lee played his first show at a night hosted by JT. “Austin was a Mecca for me. The scene at the time was bursting wide open with everything from Western swing cover bands to Roky Erikson’s psychedelic garage rock. I was out almost every night for 6 years. There was never an excuse to stay in.”

Soon after he turned 22, Lee was diagnosed with narcolepsy and was prescribed methamphetamines to counteract its effects. Over the next two years Lee struggled to find a midpoint between sleepwalking and speeding and developed a serious drug habit in the process he has since kicked. “I ran out of pills for the last time, went to bed for a week, and I haven’t really woken up since,” he laughs.

Returning to his nomadic lifestyle, Lee spent a year living in a farm truck and on couches in Los Angeles. Eventually, he was taken in by friend and famed engineer Patrick McCarthy (U2, REM, Madonna). The move proved pivotal in Lee’s songwriting career as McCarthy taught him how to listen and record the music he was hearing in his head.

In 2010 Lee moved back from California to Minnesota to be closer to his family. In a series of diners and motels during the long drive home he penned the songs which were later released on his DIY ‘Middle West’ EP. Lee has spent the last 3 years working on a hog farm in rural Minnesota and developing songs for his debut album. Many of these songs reflect his change in focus from the guitar to the piano, a move necessitated by a farming accident that crushed three of the fingers on his left hand.

Of his return to the landscape that is the backdrop of so many of his songs, Lee says, “I’d been gone 10 years. I decided when I got back home, to really go back home, back to the land and the people who shaped me. The people I come from are North Dakota wheat farmers. Hardworking, soft-spoken, Scandinavians who moved to the middle of nowhere with nothing, and of that place made everything they needed. There’s a movement now to get back to that way of living, and if we’re gonna last a while then I think that’s the only way we’re gonna make it.”