One year after its re-release, the free Hidden Newcastle App has reached a record milestone 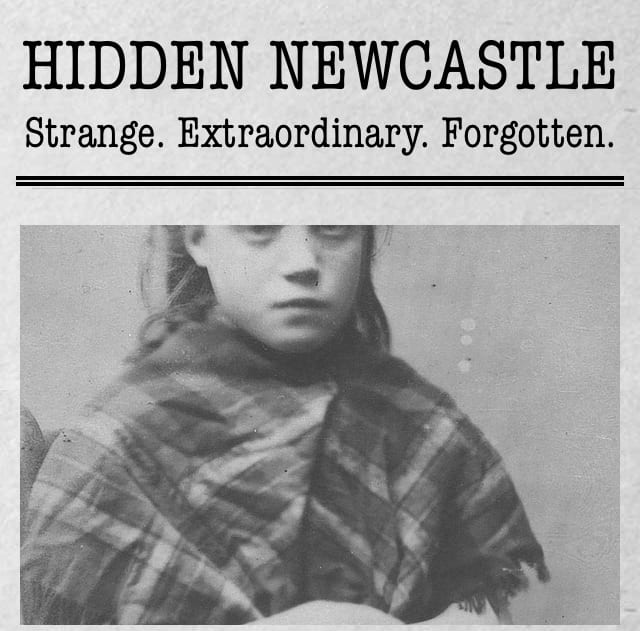 One year after its re-release, the free Hidden Newcastle App that charts the little known history of Newcastle in words, pictures and videos has reached a record milestone of over 10,000 downloads.

The App, which unearths the strange, unknown and forgotten history of Newcastle was developed by Tyne & Wear Museums & Archives in conjunction with NE1 Ltd. Over 75 weird, wonderful and tragic stories that reveal a different side to Newcastle’s past and would be unlikely to warrant a blue plaque are contained in the App. Charting over 800 years of the city’s history, the App provides an insight into the city’s rich and colourful past.

Since its launch at the end of 2014, the App has been entertaining both locals and visitors alike, making trips to Newcastle a lot more interesting with the App bringing to life ‘hidden’ gems about places and characters that have been overlooked by mainstream history. The stories run from the 13th century to Mohammed Ali and US President Jimmy Carter’s visits in 1977.

The App provides a unique glimpse into Newcastle through the ages with funny, macabre and poignant tales all presented in the easy to use mobile format. Across the city buildings and venues that are mentioned in the App display window stickers to highlight Hidden Newcastle points of interest.

Examples of Newcastle’s hidden history include:

• An inventor’s fatal experiments with an exploding coffee machine in 1848.

• Suffragettes bombing the post office on Barras Bridge in 1913

• In 1814 the Tyne froze over and became home to an impromptu funfair, with ice-skating, races and football matches taking place on the ice.

• In 1733 a huge crowd of spectators gathered at the Castle Keep after a showman claimed he could fly from the top of the tower. Before flying himself he strapped ‘wings’ to a donkey which performed a test flight, with disastrous consequences.

The App uses information from documents, photographs and newspaper cuttings from Tyne & Wear Archives & Museums and Newcastle City Libraries. It includes a map so people can match stories to locations, and listen to them while standing in the spot where they took place.

John Coburn, Digital Programmes Manager at Tyne & Wear Archives & Museums, said:
“Hidden Newcastle isn’t like your average city guide and the things you’ll hear about aren’t the types of people and events which are usually commemorated with a blue plaque on a building – these are largely surprising, and forgotten stories and lives from Newcastle’s past that which we think are worth sharing. We’re delighted the App has been such a big success since its rerelease. and from the feedback we receive we know people are fascinated by these novel glimpses into a Newcastle they weren’t familiar with

John Coburn added: “The earliest story is from 1275 but people may remember two of the later stories in particular: the day when three bears escaped in the city centre, knocking over Police Inspector S J Manging as he tried to placate one of them with a sugar lump. People may also have heard the tale of Joseph the Monk who was said to haunt the popular 1960s nightclub La Dolce Vita.”

Sean Bullick, Chief Executive of NE1 Ltd commented: “We’re delighted that the 1st anniversary of Hidden Newcastle’s re- release was marked by a record number of downloads – a great milestone for what has proved to be a very popular historical App for the city. Newcastle has a rich and colourful history and the App has brought it to life and is being enjoyed by tens of thousands of people each day.”

“We hope that the App will inspire a new generation of history lovers and will generate a greater pride and knowledge about the city and its colourful past.”

GET APP
Hidden Newcastle is a free App available for iOS and Android. It has been created by Tyne & Wear Archives & Museums and Newcastle NE1 Limited with Newcastle Libraries and can be downloaded for free at: www.hiddennewcastle.org