From Tyneside to Tadcaster: A brief history of Newcastle Brown Ale 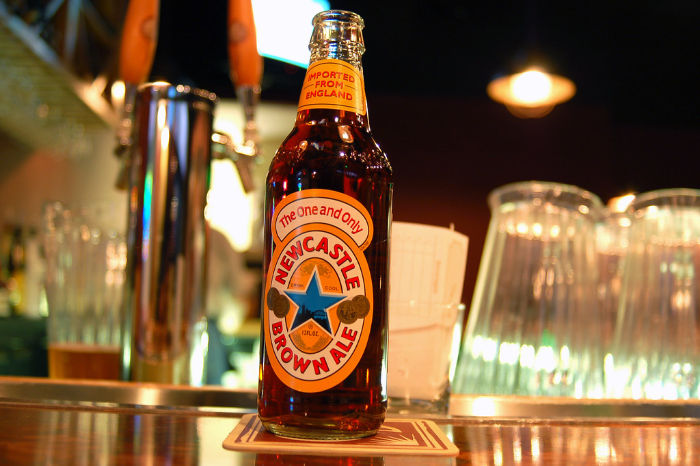 Bestowed upon beer drinkers in the late 1920s, Newcastle Brown Ale is a drink synonymous with our fair city. But over its near 100-year history the beer has evolved into something beyond its Tyneside roots, growing in popularity across the globe and finding a perhaps unlikely market in America.

As Newcastle Brown Ale celebrates its 92nd birthday this month, we take a look at the long and at times controversial history of an iconic local brand and just how a beer born on Tyneside became a best-seller across the pond.

The Early Years: A Beer is Born

Newcastle Brown Ale was the brainchild of two men. Colonel James ‘Jim’ Porter was a Burton upon Trent born third generation brewer whose career was interrupted by the First World War but returned to the trade after the war ended, finding work at Newcastle Breweries.

His colleague Archie Jones was the brewery’s chief chemist and for three long years the pair toiled at the former Tyne Brewery on Gallowgate to come up with a brand-new bottled beer—one that would meet an increased demand for bottled beer in the post-World War years brought about by the then inconsistent quality of cask beer.

By April of 1927, the recipe had been perfected and Newcastle Brown Ale made its auspicious debut on Tyneside. Clocking in at a rather potent 6.25%, legend has it that the beer was such an instant hit in its hometown that the day after it launched the jail cells were so full of drunks that local police asked Newcastle Breweries to consider lowering its strength. Full capacity drunk tanks or not, local newspaper the Evening World was soon assuring Geordies that there was “no better bottled beer in Britain”.

In 1928, the beer’s iconic blue star logo—its five points representing the five founding breweries that came together to form Newcastle Breweries—was added to each bottle. By the time the year was through, Newcastle Brown Ale’s success was cemented when it won a handful of medals at the International Brewers’ Exhibition in London.

Branding the Broon with the Toon

By the time World War II was through, Newcastle Brown Ale has established itself as a symbol of hardy, working class Geordie culture thanks to the North East’s history of shipbuilding, mining and steel forging industries. That image was cemented nationwide after a 1960 merger saw Newcastle Breweries join forces with Scottish Brewers to form Scottish & Newcastle and Brown Ale became one of the company’s flagship brands.

Advertising for the beer during the 1970s and 1980s strengthened its ‘salt of the earth’ image too. A TV ad from 1972 shows two local lads erecting a Newcastle Brown Ale monument on the banks of the Tyne and—in a moment that would not slide with modern health and safety laws—we see a helicopter airlifting them in a couple of bottles of Broon for a well-deserved break.

Another advert from 1981 pans out from a lively, Brown Ale fuelled pub scene to reveal another local icon – The Free Trade Inn, renamed ‘The Dock’ for some reason – as shipbuilding cranes loom over the Tyne in the background.

Its reputation as a solidly hometown brew was bolstered during the 80s and 90s when both the Newcastle Breweries blue star logo and the Newcastle Brown Ale logo appeared on the football strips of Newcastle United after the company secured a sponsorship deal with the club.

But just when it seemed the brand couldn’t possibly get more Geordie, an era began that saw Brown Ale drift further and further from its roots.

Broon Ale in the Nineties and Noughties

By the 1990s, overseas exportation helped Newcastle Brown Ale gain significant popularity in the USA where in contrast to its homeland it was marketed as a trendy, premium import ideal for young, hip drinkers. In fact, by the mid-90s more Brown Ale was sold in the USA than the UK according to former Scottish & Newcastle director Gavin Reed.

Though it was a hit on a global scale, the beer stuck to its roots … at least at first. As the new millennium dawned, it was awarded Protected Geographical Indication status by the European Union. Designed to assure consumers of the link between a product’s name and its geographical area of production, the status has also been awarded to famous food like Parma ham and Cornish pasties. In the case of Newcastle Brown Ale this meant that anyone sipping on the sweet Geordie nectar could rest assured it was indeed brewed in the Toon.

Despite that seal of approval, in 2004 Scottish & Newcastle controversially announced that the Tyne Brewery would close and production of Newcastle Brown Ale would move across the Tyne to the former Federation Brewery in Dunston, Gateshead. The move resulted in the loss of over 100 jobs and triggered the cancellation of its Protected Geographical status.

By 2008 Scottish & Newcastle had been bought out by Dutch brewing giants Heineken and in 2010 the Federation Brewery brewed its last bottle of broon before production of the beer moved to Tadcaster in North Yorkshire. Yes, you read that right—Yorkshire. If you thought the move to Gateshead was controversial then you can bet the move to Tadcaster nearly caused the region to blow its collective gasket.

Brown Ale: Newcastle in Name Only?

These days Brown Ale is a beer owned by the Dutch and brewed by Yorkshiremen, which begs the question: if you take the Broon out of the Toon, do you also take the Toon out of the Broon? In other words, is Newcastle Brown Ale even a local drink anymore?

Interestingly, though Heineken’s UK division have confirmed that the Newcastle Brown Ale sold in Britain is still brewed in Tadcaster, an entirely different version is now being brewed on American soil. While it’ll still go by the name of Newcastle Brown Ale, the version guzzled across the pond has a new recipe featuring American Centennial and Chinook hops and will be brewed by Heineken owned craft beer company Lagunitas in Chicago and California.

On the bright side, the fact that Brown Ale has seen enough success in the US that Heineken are keen to keep the brand despite essentially brewing an entirely different beer speaks volumes about just how iconic the Tyneside-born beer is. On the other hand, it’s another moment in Newcastle Brown Ale’s history that takes it even further away from Tyneside.

But however far away from its Tyneside roots Brown Ale may now be, it’s still a beer that was born and bred in Newcastle. Ask anybody where comes to mind when they think about Newcastle Brown Ale and it’s not the Netherlands or Yorkshire or America – it’s the Toon. And for that we should be proud.