Geordie Pride: Nine things you might not know happened in Newcastle first… 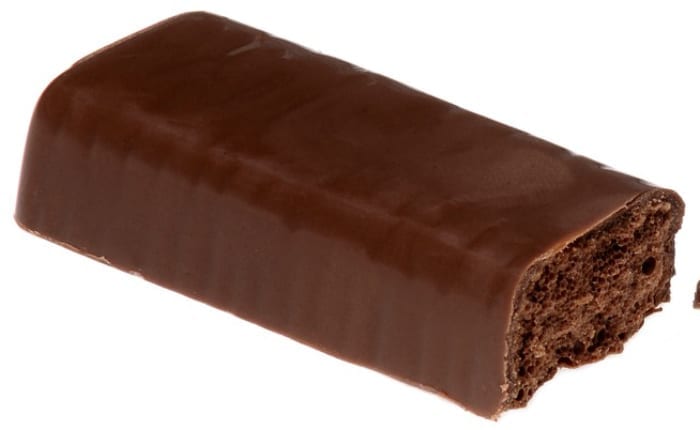 We’re not ones to brag but Newcastle is pretty flipping amazing. It was the birthplace of pioneers like inventor Lord William Armstrong and railway engineers George and Robert Stephenson and it’s home to prestigious institutions like Newcastle University and the Literary and Philosophical Society too.

As a consequence, Newcastle is also the birthplace of many inventions and innovations. It’s been the location for many notable achievements and firsts in everything from engineering and zoology to modern art and dining.

In celebration of what an amazing place Newcastle is, we’ve compiled a little list of things that you probably didn’t know happened here first. Prepare to be astounded.

The first locomotive works in the world

In 1823, ‘father of the railways’ George Stephenson and his son Robert set up Robert Stephenson and Company on Forth Street – the first ever locomotive works in the world. It was here that the pioneering engineers designed and created trains like Locomotion No. 1, which was the first train to carry passengers on a public railway, and the world-famous Stephenson’s Rocket.

If that doesn’t impress you, consider this: the development of railways was a major factor in the Industrial Revolution. Without the efforts of George and Robert, we might still be living in the dark ages and travelling by horse and trap. We’ve got a lot to thank them for.

The first street lit by electricity

As Newcastle was the stomping ground of Sunderland-born inventor Joseph Swan – a forerunner at the race to develop the world’s first viable light bulb – it makes sense that it’s also the location of the first public street in the world to be illuminated by electric light.

That street was Mosley Street in 1879. It’s still a pioneering street almost a century and a half later too. Last year, as part a collaboration between Newcastle City Council and tech giants Cisco, Mosley Street became Britain’s ‘smartest street’ when it was fitted with digital sensors designed to capture data to solve urban issues like congestion, pollution and parking.

The first house lit by hydroelectricity

Not long before Mosley Street was the first road lit by electricity, Cragside in Northumberland became the first house in the world lit by hydroelectricity thanks to its original resident, ingenious Geordie inventor Lord William Armstrong.

In 1878, Armstrong harnessed the power of water from the lakes on his estate and via a turbine generated enough electricity to light Cragside. The electricity generated was also used to power many more of Armstrong’s inventions too like a hydraulic lift, an early dishwasher and even a hydroelectric rotisserie for cooking food. Lord Armstrong: an alternative energy trailblazer and an absolute legend.

The first wombat specimen in Europe

In 1798 Newcastle claimed the unusual honour of being the first location in Europe to home a common wombat specimen. Pickled in spirits and shipped in a cask from Captain John Hunter in Australia, the wombat eventually made its way to the Literary and Philosophical Society.

Legend has it that the poor lass tasked with delivering the cask to the Lit & Phil had it break on her and got covered in pickled spirits and dead wombat juice. Gross. Today, the little critter can be seen on display at the Great North Museum: Hancock.

We’ve got tonnes of bridges here in Newcastle. Well, seven to be precise but that’s a canny few considering they’re all located within about a mile of each other.

While the Tyne Bridge is our most iconic, its predecessor the High Level Bridge is the more ground-breaking of the two. Designed by Robert Stephenson, the bridge was constructed in 1849 and was the first in the world to combine both rail and road.

The first ever Greggs

Well, obviously. Everybody and their dog knows that Newcastle is the birthplace of Greggs but to pinpoint its genesis a bit more specifically, it was on Gosforth High Street in 1951 that the first ever Greggs bakery came to be.

Today the purveyors of pasties, steak bakes and controversial vegan sausage rolls is a nationwide chain and a favourite bakery of many Brits. In fact, today there are more Greggs in the UK than there are McDonald’s which is pretty damn impressive.

We’re truly a cutting-edge bunch when it comes to bridges, us Geordies. Alongside the ground-breaking High Level Bridge, Newcastle is also home to the award-winning Millennium Bridge – the first in the world designed to tilt to allow boats to pass underneath.

That’s not the only cool thing about the Millennium Bridge – it’s got an ingenious way of staying litter-free too. Every time the bridge tilts any rubbish on its deck falls into specially designed traps which keeps the bridge clean and prevents polluting the Tyne. Clever little bridge.

Back in 1981, the people of the North East became the first to sample Cadbury’s delicious new Wispa chocolate bar after the company held a trial launch in the region.

Apparently back in the day, the North East was the perfect test area for products as our population was seen as representative of British life. That tactic certainly paid off for Cadbury as the Wispa was a huge success and was launched nationally two years later. When you think about it, the rest of the country has us Geordies to thank for the Wispa because without us enthusiastically chowing down on it the chocolate bar might never have seen the light of day. You’re welcome, Britain.

In 2011 Gateshead’s BALTIC Centre for Contemporary Art played host to the prestigious Turner Prize – an annual exhibition and award organised by art world heavyweight the Tate. It was the first time in the award’s 27-year history that it was held at a non-Tate gallery and only the second time the prize was hosted outside of London.

Despite some arty folks thinking the move to the BALTIC wouldn’t work, the Turner Prize exhibition attracted a record-breaking 149,770 visitors. That’s almost double the average attendance when it’s held at London’s Tate Britain. Stick that in your pipe and smoke it, London.