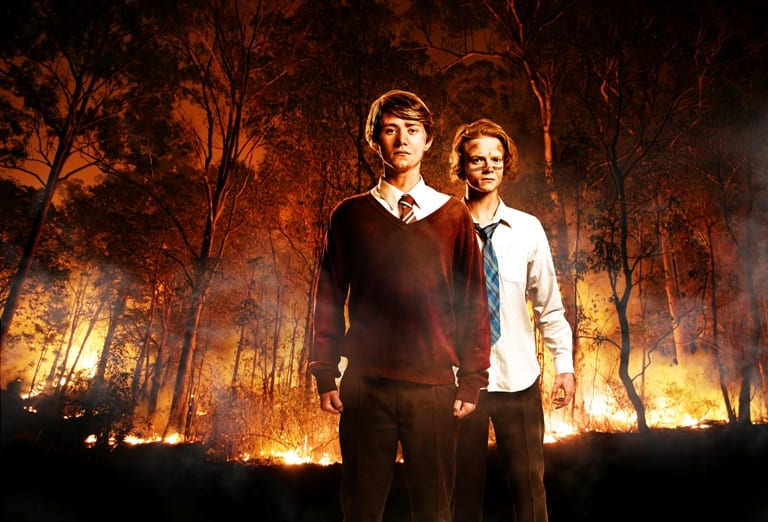 Following sell-out performances in London, Regent’s Park Theatre’s critically acclaimed production of William Golding’s Lord of the Flies, adapted for the stage by Nigel Williams, is set to touch down at Newcastle Theatre Royal from Tue 8 – Sat 12 Mar 2016.

Lord of the Flies marks the return of Regent’s Park Theatre to the Theatre Royal following their smash hit production of To Kill a Mockingbird last year.

The classic tale of a group of schoolboys surviving a plane crash, starts as a desert island adventure but quickly descends into a struggle for survival in a darkly sinister world of superstition and immorality.

The set for Lord of the Flies includes a life-size plane fuselage on stage, Jon Bausor, designer said: “I suppose you could design a show that was scene change after scene change, but I was not interested in doing that. I wanted a world they could inhabit, much as we did when we had adventures ‘travelling around the world’ as kids in the school playground. So there’s a sense of them playing on this piece of ground, but imagining the entire island. What is interesting is that, as they do, you start to wonder if they are imagining it or if it is real.”

WHERE & WHEN
Lord of The Flies plays at Newcastle Theatre Royal from Tuesday 8 – Saturday 12 March.

TICKETS
Tickets are available from £14.50 (pay less online) and can be purchased at: www.theatreroyal.co.uk or from the Theatre Royal Box Office on 08448 11 21 21 (calls cost 7ppm plus your phone company’s access charge).