Newcastle Theatre Royal are delighted to announce that the Olivier award-winning stage adaptation of Michelle Magorian’s classic novel Goodnight Mister Tom will be visiting the theatre this Spring from Tuesday 17 May – Saturday 21 May. 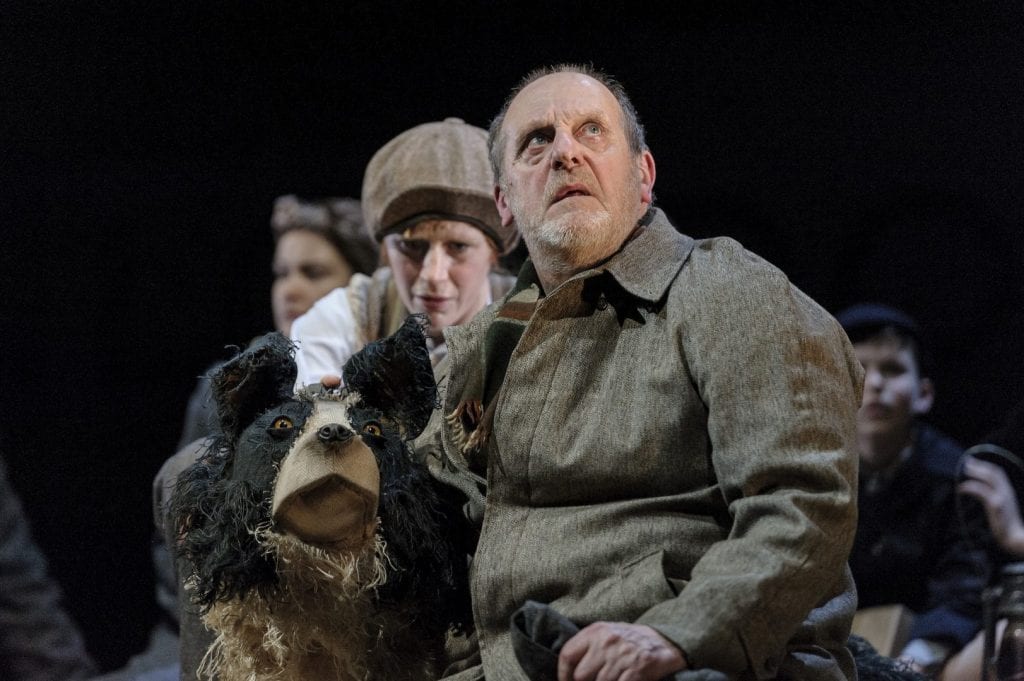 David Troughton is currently playing the role of Tony Archer on BBC Radio 4’s long-running British contemporary rural drama, The Archers (since 2014). He has performed numerous times with both the RSC (The Shoemaker’s Holiday, Macbeth, Macbett, Henry IV: parts 1 and 2, Richard II and Richard III, The Cherry Orchard, The Tempest, King Lear, A Midsummer Night’s Dream and The Venetian Twins) and the National Theatre (Season’s Greetings, Playing with Fire, Measure for Measure, Peter Pan and Fool For Love). He is also a regular on TV where his appearances include Grantchester, Unforgotten, The Hollow Crown and many more.

The novel Goodnight Mister Tom is now a modern classic and is celebrating its 35th anniversary. Michelle Magorian’s wonderfully uplifting tale is brought gloriously to life in this magical stage adaptation by David Wood. Set during the dangerous build up to the Second World War, Goodnight Mister Tom follows young William Beech, who is evacuated to the idyllic English countryside and forges a remarkable and heart-warming friendship with the elderly recluse, Tom Oakley.

Winner of the Guardian Children’s Fiction Prize and commended for the Carnegie Medal, Goodnight Mister Tom is now a world-wide literary favourite and BAFTA award-winning TV film (starring John Thaw), and continues to inspire audiences and bring generations together.

WHERE & WHEN
Goodnight Mister Tom comes to Newcastle Theatre Royal from Tuesday 17 – Saturday 21 May.

TICKETS
Tickets are from £14.50 and can be purchased at: www.theatreroyal.co.uk or from the Theatre Royal Box Office on 08448 11 21 21 (calls cost 7ppm plus your phone company’s access charge).

Read More »
December 15, 2021
PrevHave you read?Newcastle Peels Away From Botched Waxing Treatments
Next read...Boat Race Of The North Returns To NewcastleNext