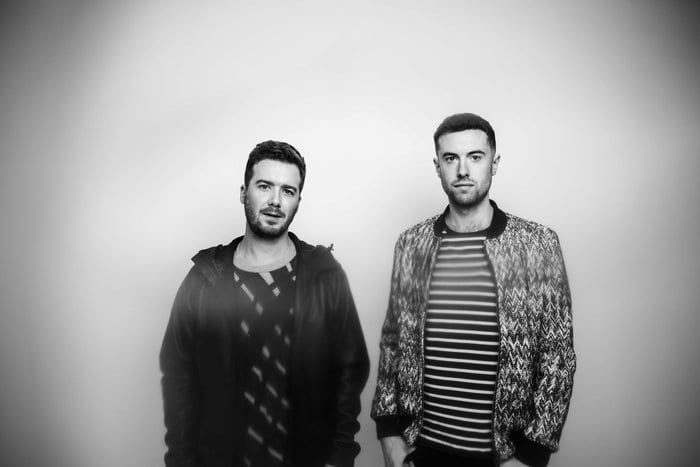 The end of 2015 saw Matt Robson-Scott and Kye Gibbon fly out to New Jersey to spend 2 days in the studio with Wyclef Jean. Together they wrote ‘Zoom Zoom’ – the next instalment from their current ‘Kingdom’ Project, which has already included Radio 1 smash ‘All Four Walls’ along side club tracks ‘Blue Parrot’, ‘Smoke’ and ‘Impaired Vision’. ‘Zoom Zoom’ is once again an instantly catchy and insanely addictive hit of classic bass-driven house-pop, which provides the perfect vessel for Wylcef’s iconic and famously unique vocal. On working with Wyclef, the boys say  –

“Working with Wyclef was amazing, after growing up on his and the fugees’ music it was pretty surreal… He is extremely talented and has insane ideas, we’ll never forget it!”

Currently hosting a residency at AMNESIA in Ibiza, Gorgon City have spent the summer playing countless festivals across the globe, after a triumphant co-headline tour of the US with Rudimental.  At the end of August they will curate their own ‘Kingdom’ stage at SW4 festival in London with a line up that already includes Redlight, Pete Tong, Shadow Child and Kidnap Kid amoungst others.

All in preparation for their own long awaited return to UK shores for their biggest headline tour to date. Kicking off in Glasgow on the 12th October, Gorgon City will hit London’s legendary O2 Academy Brixton on the 21st for a massive homecoming show.

TICKETS
Tickets are onsale on Friday 29th July and will be available at
www.gigsandtours.com * www.ticketweb.co.uk