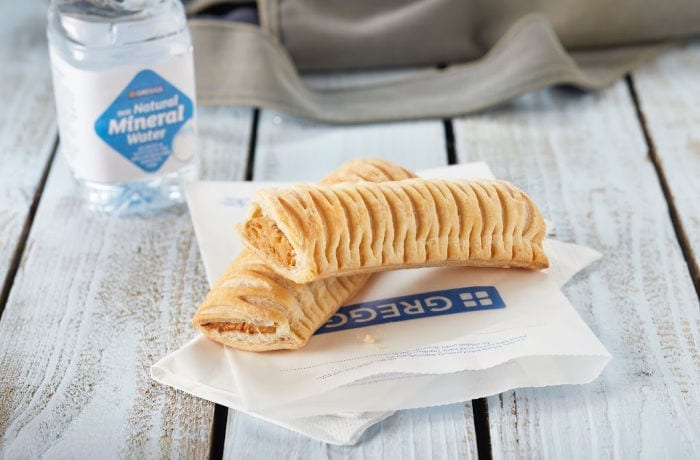 Immortalised by Gazza’s rap in Fog on the Tyne, the humble sausage roll has always been a much-loved treat on Tyneside.

Now, one Geordie bakery giant has given the sausage roll we all know and love a New Year makeover.

Greggs has announced that it is launching a vegan friendly version of its most iconic product.

And the Vegan Sausage Roll is going on sale in time to save the bacon of any sausage roll fans who are doing ‘Veganuary’ this year.

Now the UK’s 3.5 million vegans will now longer be missing out.

The Greggs Vegan Sausage Roll has been designed to mirror some of the sausage roll’s classic features.

Made from 96 layers of light and crisp puff pastry, the roll will be filled with a bespoke Quorn sausage.

The launch follows strong consumer demand, including a petition by PETA last year, which was signed by more than 20,000 people.

Roger Whiteside, chief executive at Greggs, said: “Like many food retailers we have seen increasing demand for vegetarian and vegan products.

“We have been trying to develop a Vegan version of our famous sausage roll for some time now.

“It has not been easy but our taste panel customers all love this one, so we have decided to launch it as our contribution to Veganuary.”

The Vegan Sausage Roll will be on sale in 950 Greggs shops across the country.

Available from Thursday 3 January, the Vegan Sausage Roll will cost £1.

In the North East the Vegan Sausage Roll will be available at most branches including;

Read More »
December 15, 2021
PrevHave you read?Ten things to look forward to in Newcastle in 2019
Next read...Dates announced for Newcastle Restaurant Week and it’s going to be big…Next