Here’s seven places to get your Veganuary fix… 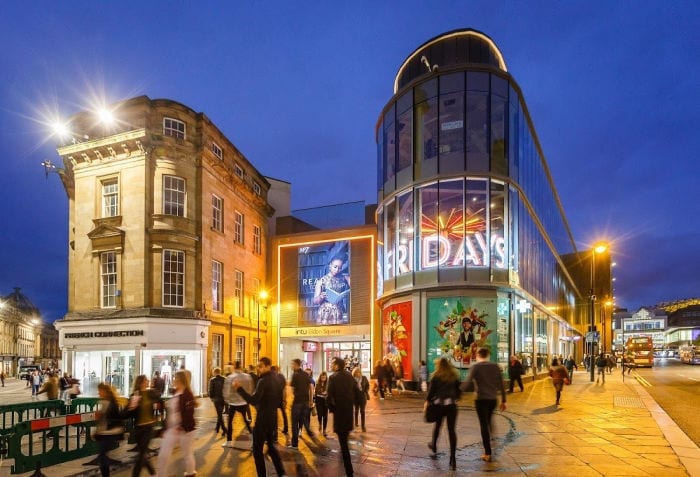 Greggs caused excitement and controversy with its first foray into the Veganuary supertrend as Quorn sausage rolls landed on shelves across the country.

It divided a nation with many applauding the long-awaited move, and others bemoaning the ‘world gone mad’.

But if you’re vegan or having a month off meat, and not a fan of the savoury pastry snack, we’ve got your back.

Here are seven places you can satisfy your Veganuary appetite within intu Eldon Square, while hitting the sales in Newcastle city centre this month.

Casual dining favourite ASK Italian has its own dedicated vegan menu where you can choose from vegan pizza, pasta, starters, salads, sides and even desserts. Our top picks are the Prima Zucca Zucca pizza with butternut squash two ways, balsamic red onions, roquito pepper pearls, spinach, pumpkin seeds and a vegan mozzarella alternative, and to finish the Blood Orange & Chocolate Tart, winner of PETA sweet treat award. If you fancy a vegan feast at home, the intu Eldon Square restaurant is also available on Deliveroo to nearby locations.

Overlooking Old Eldon Square, Wagamama Newcastle offers the perfect meet, greet and eat spot in the heart of the city. Asian cuisine-loving vegans are spoilt for choice with a standalone menu packed full of flavour from steamed buns to Pad Thai. Be sure to try a freshly squeezed Blueberry Spice juice, the Wok-Fried Greens and the Yuzu Ice Cream – not to mention the Vagatsu, Wagamama’s very own vegan version of popular Katsu Curry.

Located within the department store, Filmore & Union which specialises in using natural, wholesome ingredients has been making waves on the Newcastle healthy eating scene. It’s a must visit for gym bunnies and detoxing shoppers, serving all day vegan English breakfast, Veatballs and courgetti with almond ‘parmesan’, vegan protein stacks and not forgetting the indulgent vegan chocolate and pistachio brownie. Only time for a drink? Beverages include vegan raw cacao hot chocolate and there are four vegan friendly milk options for their range of organic teas and coffees.

Grab a bite on the go at Californian burrito and taco house Tortilla to eat in or takeaway this Veganuary and plump for the new seasonal veggies and hand-smashed guacamole. The char-grilled and deliciously colourful mix of peppers, onions and courgette is just what you need to brighten up a blue day; plus Tortilla is celebrating being Vegan Society approved with free guacamole on all vegan and vegetarian orders.

Pancakes taste even better when they are guilt-free so escape FOMO by giving one of Crêpeaffaire’s three savoury or three sweet vegan galettes a go this January. You can even get 15% discount if you are a student by showing a valid ID card. The whole menu is mouth-watering but we have our eye on the Vegan BBQ Chicken with mushrooms, spinach, tomato and vegan cheese, and the banana and vegan chocolate drizzled Cheeky Monkey.

Giraffe prides itself on discovering the best tastes, flavours and recipes from around the world and sharing them with you – regardless if you’re vegan or not! Vamping up the classic burger, the up-beet patty made from beetroot, quinoa and soya served with yoghurt and za’atar dressing is a must. Not forgetting its selection of vibrant and vivacious curry dishes including the indo-coco potato and chickpea curry served with hot sambal sauce and its fresh jackfruit option with spring onion, coriander and lime – it’s a sure way to spice things up this Veganuary.

Whether you’re vegan, vegetarian or simply trying to cut down on meat, TGI Friday’s has you covered. Introducing this year’s new vegan burger made from coconut oil, plant proteins and mushrooms complete with bleeding beetroot juice and served in a 100% vegan bun with lettuce, onion and tomato. If you’re in the mood for a light bite try the deliciously healthy smoked tomato bruschetta or the sweet yet spicy pineapple and jalapeno edamame beans.

If after all that, you’re still in the mood for a sausage roll, drop into the Greggs branches in intu Eldon Square near Waitrose and Blackett Street. Visit intu.co.uk/eldonsquare for more information.

Read More »
December 15, 2021
PrevHave you read?Five places you can fly to from Newcastle to beat Blue Monday
Next read...Newcastle set to get even cooler with the opening of its first ever ice barNext