Newcastle Theatre Royal audiences can prepare themselves for a night of feel-good fun... 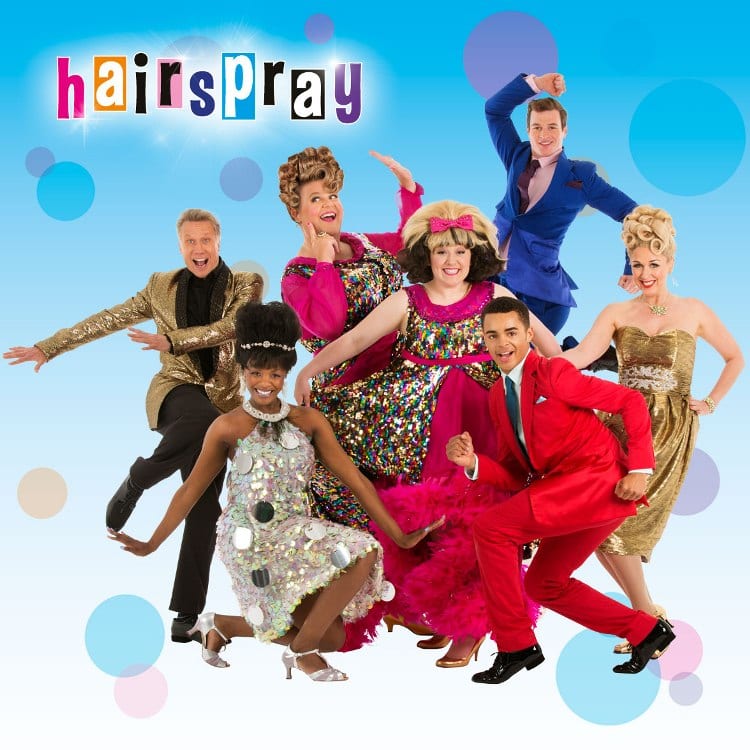 It’s Baltimore 1962, where Tracy Turnblad, a big girl with big hair and an even bigger heart, is on a mission to follow her dreams and dance her way onto national TV. Tracy’s audition makes her a local star and soon she is using her new-found fame to fight for equality, bagging local heartthrob Link Larkin along the way.

Based on the 1988 film of the same name, Hairspray the musical originally opened to rave reviews on Broadway in 2002 and subsequently won eight Tony Awards. Later after a run at London’s Shaftesbury Theatre in 2007 the show won four Olivier Awards including Best New Musical.

The 40-week tour boasts a stellar line-up with the role of Edna Turnblad being played by Tony Maudsley, who many will know from his long-running role as Kenneth on ITV1’s Benidorm. Tony has previously appeared on stage in the UK touring production of South Pacific and is a regular face on TV, having played roles recently in The Job Lot, New Tricks and Doc Martin. On top of Tony’s extensive television credits, his film appearances have included roles in Jack Thorne’s The Scouting Book for Boys, Harry Potter and the Order of the Phoenix, Vanity Fair and Stephen Fry’s Bright Young Things.

Tony will be joined by TV and stage actress and presenter Claire Sweeney who plays the role of Velma Von Tussle. Claire first came to prominence with her long-running role as Lindsey Corkhill in Brookside. Since leaving the soap in 2003, Claire has gone on to find great acclaim on stage with roles in Chicago, Dirty Dancing, Legally Blonde: The Musical, Educating Rita, Guys and Dolls, Tell Me On A Sunday as well as the world tour of Fosse. Claire has also found great popularity as a television presenter and panellist in shows such as 60 Minute Makeover, Loose Women and more recently as a presenter on Magic FM where she hosts a musical theatre-themed show.

The role of Wilbur Turnblad is played by former Blue Peter star Peter Duncan, who began his career on stage with Laurence Olivier’s National Theatre company at the Old Vic and subsequently went on to be Olivier Award nominated for Best Actor in a Musical for his performance in The Card and starred as Barnum in Barnum. Along with roles in several TV series, Peter recently competed in BBC1’s gymnastics competition Tumble alongside Sarah Harding and John Partridge.

Peter is joined by former X Factor contestant Brenda Edwards, who after finishing the ITV competition in fourth place under the tutelage of Sharon Osbourne, went on to star in long-running musicals such as Chicago (Adelphi & Cambridge Theatres) and We Will Rock You (Dominion Theatre & UK Tour). Brenda plays the role of Motormouth Maybelle.

Freya Sutton will reprise the role of Tracy Turnblad having played the role in the UK and Ireland 2013 tour. She plays alongside established musical theatre performer Jon Tsouras who will play the role of Corny Collins. Jon’s theatre credits include White Christmas (The Lowry, Salford), A Chorus Line (London Palladium), Priscilla, Queen of the Desert (Palace Theatre), Legally Blonde: The Musical (Savoy) and Jesus Christ Superstar (UK Tour).

TICKETS
Tickets from £16.50 (save 50p per ticket online). Tickets can be purchased from the Theatre Royal Box Office on 08448 11 21 21 (Calls cost 7ppm plus your phone company’s access charge) or book online at: www.theatreroyal.co.uk